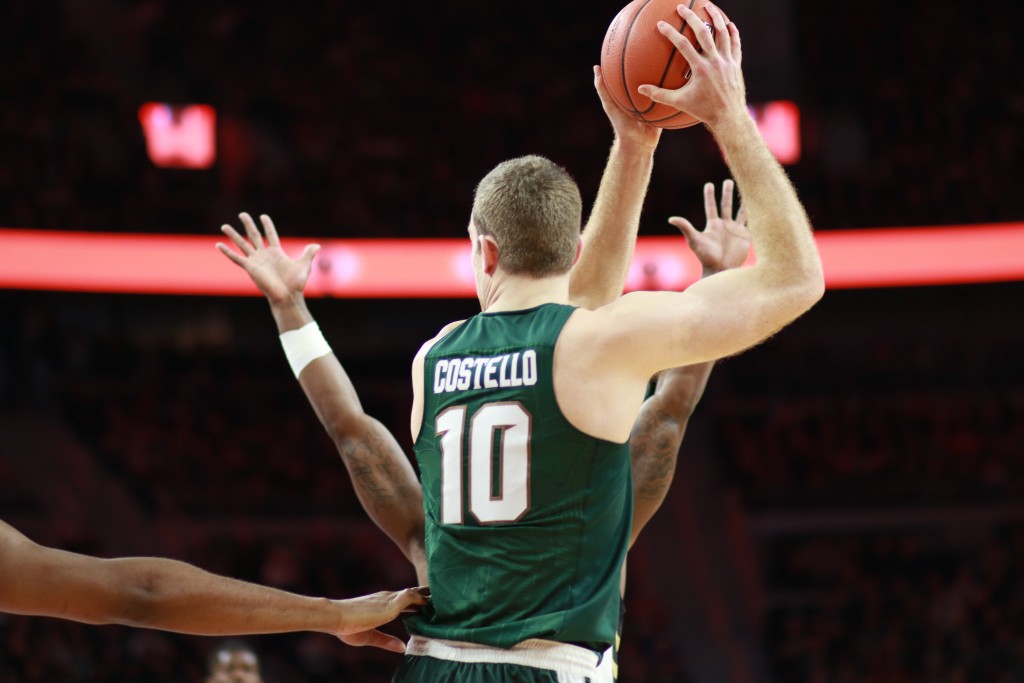 EAST LANSING, MI – When the No. 2 Michigan State Spartans first faced the Ohio State Buckeyes, the team headed into the locker room being up only five points at the half. Head coach Tom Izzo questioned the effort and leadership from the team, particularly from the seniors.

The triple threat of Denzel Valentine, Bryn Forbes and Matt Costello responded. The three seniors combined for 60 of Michigan State’s 82 points en route to a 19-point victory over the Buckeyes.

On Saturday’s Senior Day at the Breslin Center, the two teams met again where the veteran players did not hesitate to show their leadership in a 91-76 MSU victory over OSU.

“If I took all the aspects of what they did on the court, off the court, in the classroom, in the community, this [group] has to rank number one,” Izzo said. “They have grown a lot and when you get that kind of growth it means that coaches will get some credit but it’s the players and the players around them holding each other accountable. We’ll see in the next three, four weeks how good they really are.”

Defense was an issue for Izzo in the first, especially on the perimeter. MSU only led by 10 points at the half.

In the second, MSU grew their lead by tightening up on defense and shooting the lights out. The Spartans shot 66.7 percent for the entire game. The effort and tenacity helped end the regular season on a high note.

“In the 21 years I have been the head coach, we’ve gone to seven Final Fours but three of them I thought we had a legitimate chance to win going in,” Izzo said. “I’m putting my neck on the line. This is the fourth.”

Team captain Valentine led the Spartans with 27 points, 13 assists and four rebounds. The National Player of the Year candidate made a committment to March after the game.

“National Championship guaranteed,” Valentine said. “We have the team to do it. The only thing that’s going to stop us is us.”

The postseason begins for MSU as they head to Indianapolis for the Big Ten Tournament.