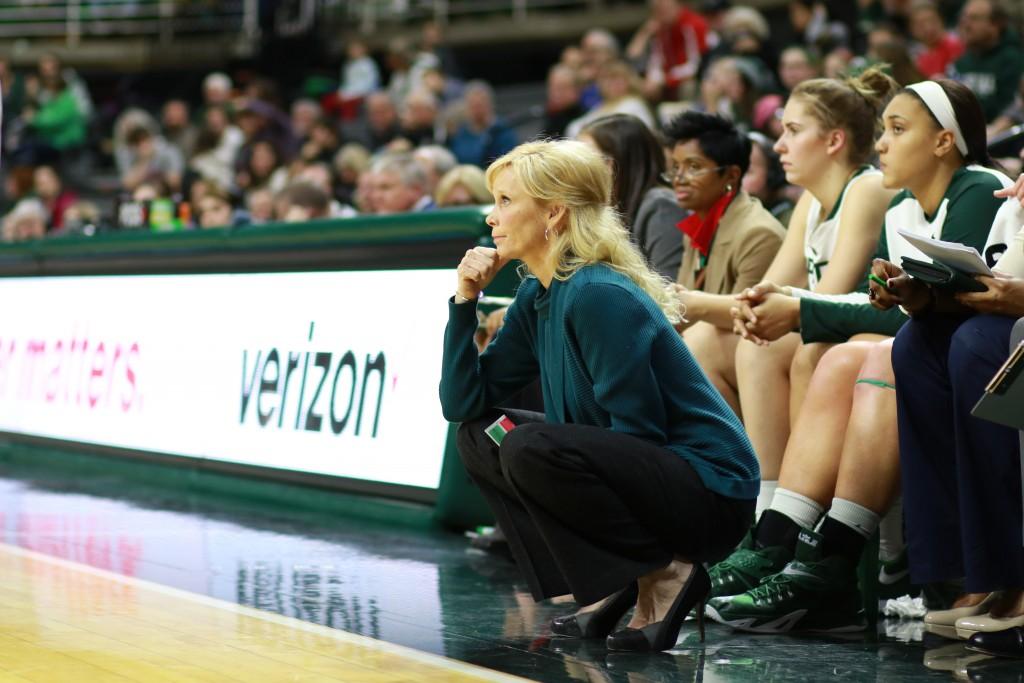 It was an unexpected result.

The Spartans started on a hot start to the game by going up 8-0. However, they started to let up and Penn State cut the lead to five by the time the first quarter had ended.

In the second quarter MSU was jump shot dependent. The Spartans seemed reluctant to drive, and to make matters worse they were not hitting outside shots. Led by freshman Teniya Page who finished with 20 points for the game, the Lady Lions capitalized and tied the game up at 18-18.

What kept the Spartans in the game, however, was the strong play once again by junior forward Aerial Powers. Even though Powers was not hitting shots she normally would, she made up for it by playing hard on the defensive end and finishing the first half with six points and eight rebounds.

MSU took a 33-28 lead into the locker room at halftime.

The Spartans came out of the half playing smarter basketball as they started to drive to the basket for easier shots. Powers led this charge and at one point had an up-and-under move that showed how skillful she is. This was just two of the nine points that MSU had before Penn State got a basket.

What will probably be seen as hurting the Spartans chance at winning was a four minute scoring drought near the end of the third quarter. During this time, the Lady Lions scored nine points and cut the MSU lead to just nine. Page then hit a three soon after a Spartan bucket to make it a four point game. Junior Tori Jankoska, who finished with 14 points, responded with a jump shot to put MSU up six after three quarters.

The fourth quarter brought lots of missed shots for the Spartans. They had seven missed jumpers, and just as many missed layups. Had MSU converted these and they would be walking away with another conference win. However, due to what seemed to be a lack of focus all game, the Spartans essentially blew the game.

For Penn State, Page started to take over, and scored eight of her points in the fourth. In the last 2:30 of the game she scored six to put MSU away. Such a younger player playing up to the moment is a testament to her readiness, but also how the Spartans did not deserve to win this game. Late turnovers is what killed them, and is something that a veteran team like this shouldn’t have.

MSU lost the turnover battle 20-15, and also shot a worse percentage from the field compared to Penn State. Powers, the lone bright spot for MSU, had another double-double of 20 points and 14 rebounds.

This loss comes at a bad time for the Spartans as three of their next five opponents all have winning records in conference play. They have to get three wins the remainder of the season to have some momentum going into the conference tournament.

The Spartans next game is Sunday at Nebraska at 4 p.m.. The game will air on BTN.