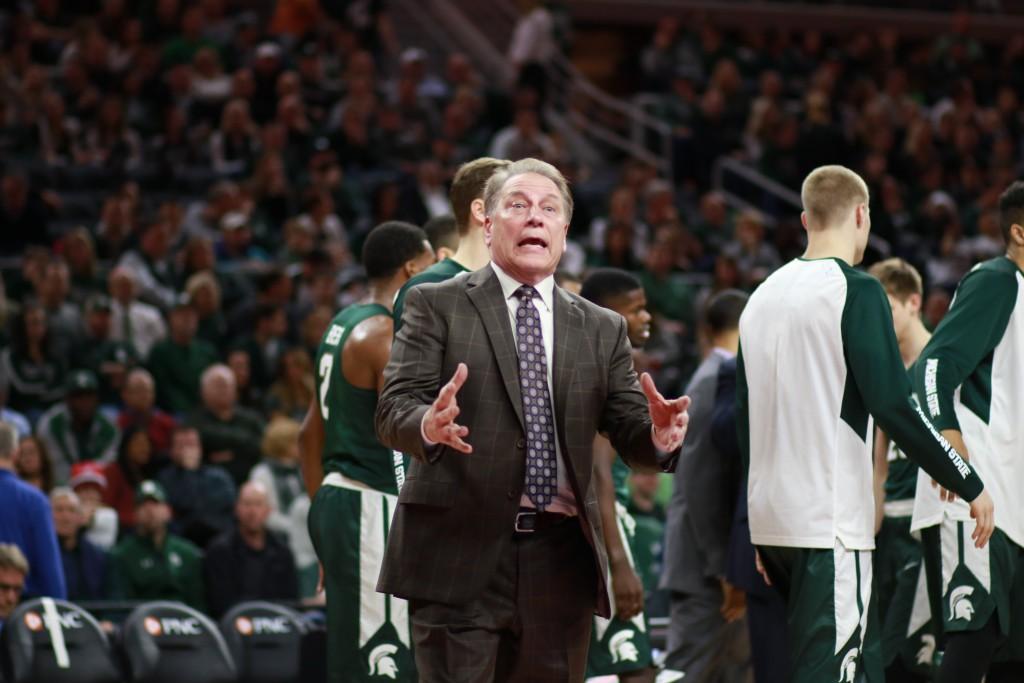 The Michigan State Spartans will be in a very unfamiliar position at 7:00 PM on Thursday night.

MSU (16-1, 3-1 in B1G play) will look to avenge its only loss of the season when they welcome the red-hot No. 16 Iowa Hawkeyes to the Breslin Center. Head coach Tom Izzo’s No. 4 Spartans will have two advantages that they didn’t have in Iowa City on December 29: a chip on their shoulder and Denzel Valentine.

Having that chip on the shoulder, a phrase that has defined Michigan State football for quite some time now, will be a new experience for this edition of Spartan basketball. Bryn Forbes, Matt Costello and company have been favored in just about every contest this season. Being the top-ranked team in the nation for four straight weeks meant that Michigan State was not the hunter, but the hunted.

Iowa (12-3, 3-0) certainly hunted to take down the top-ranked Spartans two weeks ago, and ended up doing just that. The Spartans, without a doubt, remember the Iowa student section rushing the court after the upset victory; there is also little doubt that that memory will be used as fuel and motivation in the rematch.

“The game’s still fresh in everybody’s minds,” Izzo reassured. “We know what we did wrong, we know what we didn’t accomplish. The scouting report is going to be similar. Obviously our guys need to play better.”

But the result in Iowa City is looking to be less of an upset than it once seemed. The Hawkeyes are undefeated in conference play, knocking off a solid Purdue Boilermakers squad in addition to Michigan State and Nebraska. Head coach Fran McCaffery, whose Breslin Center visits have not gone well, has his team rolling, thanks to potential All-American Jarrod Uthoff having a career season. The junior forward is averaging 18.6 points per game, although he did not play well against the Spartans two weeks ago (10 points).

Still, the overarching storyline in this game is how different the result is when both teams are at full strength. Denzel Valentine sat out the last meeting while recovering from minor knee surgery, but he’ll be a full go in this contest. Izzo has constantly shot down Valentine’s absence as an excuse for the loss in Iowa City, but surely he knows that the game would’ve played out differently with a Player of the Year candidate like Valentine.

The Hawkeyes will be looking to snap their road losing streak to the Spartans. The Breslin Center has become a house of horrors for Iowa, as they haven’t won in East Lansing since 1993. But this Iowa team is much more talented and better coached than those teams of the past, so this contest should be a fun one to watch.