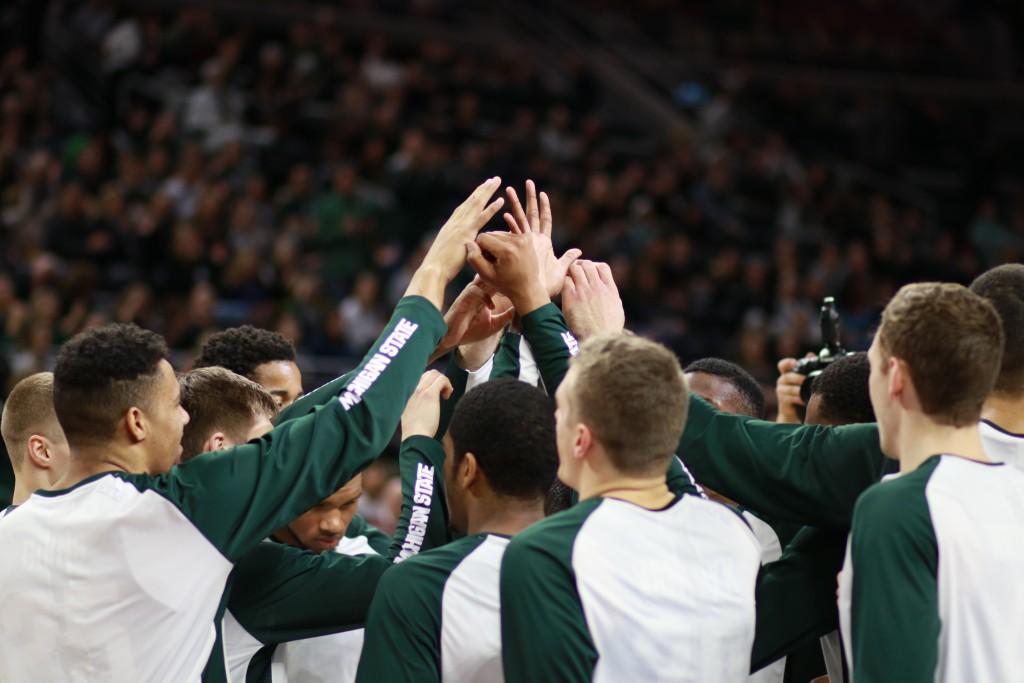 The road-weary Spartans (15-1, 2-1 Big Ten) finally returned to the friendly confines of the Breslin Center Thursday night to face Illinois (8-8, 0-3).

“We’ve been on the road for so long, I think everyone was ready to be home to play in front of our home crowd,” said senior guard Bryn Forbes.

MSU spent nearly a month and four games away from home, going 3-1 in the stretch. Tom Izzo’s squad was certainly beat up after dropping an ugly game to Iowa then winning an uglier game at Minnesota, both without star Denzel Valentine.

To make matters worse, pesky Illinois was next on the schedule. In the previous nine meetings, MSU was just 4-5, including two home losses. The Spartans did catch a rare lucky break when it was announced that Illinois star Kendrick Nunn would miss the game for the birth of his son. That left the Illini without 18.5 points and 5.5 rebounds.

The scoring was sparked largely by Eron Harris early on, who scored seven points in the first five minutes to give MSU a 16-7 edge.

“Eron Harris had his best half of basketball the first half without doing a lot offensively,” said Tom Izzo after the game. “Defensively he was much better than he’s been.”

Illinois guard and second leading scorer Malcolm Hill was taken out of the game after just three minutes due to foul trouble. Harris, who has struggled defensively this season, was matched up with Hill and locked him down for the most part.

“Just the fact that he [Izzo] put me on their best player today tells me something about my abilities and I already know my abilities,” said Harris. “Makes me feel good that he has that trust in me.”

MSU blew the game open with an 16-2 run late in the first half to go up 39-18, capped off by the Kirk Cousins “YOU LIKE THAT?!” They took a 47-22 lead into the break, thanks in large part to 61 percent shooting. Hill was held in check, only converting one basket in five attempts.

“Remember Illinois is missing a good player, and of course so are we,” said Izzo. “We jumped on them early and that was the difference in the game.”

The second half was much like the first for MSU. They hit five of their first six shots and extended their lead to 30, never looking back. State ruled the paint with an iron fist, outscoring the Illini 50-20 down low and outrebounding them by 19. The game mercifully ended at 79-54.

Forbes led all scorers with 17 points on 7-13 shooting. He has assumed a more aggressive scoring role with his backcourt mate Valentine sidelined with a knee injury.

The Spartan scoring was incredibly balanced, with nine players scoring four points or more. Matt Costello continued his career-best streak, putting up nine points and nabbing 14 boards. He is now averaging 13.3 points and 11.8 rebounds in his last four games.

One of the keys to the victory was the transition game. MSU outscored Illinois 17-4 on the fast break.

A trip to Happy Valley is up next, as the Spartans will take on Penn State Sunday afternoon. The Nittany Lions are no cellar dweller; they nearly knocked off Maryland on the road earlier in the season. Tip-off is scheduled for noon and can be seen on the Big Ten Network.