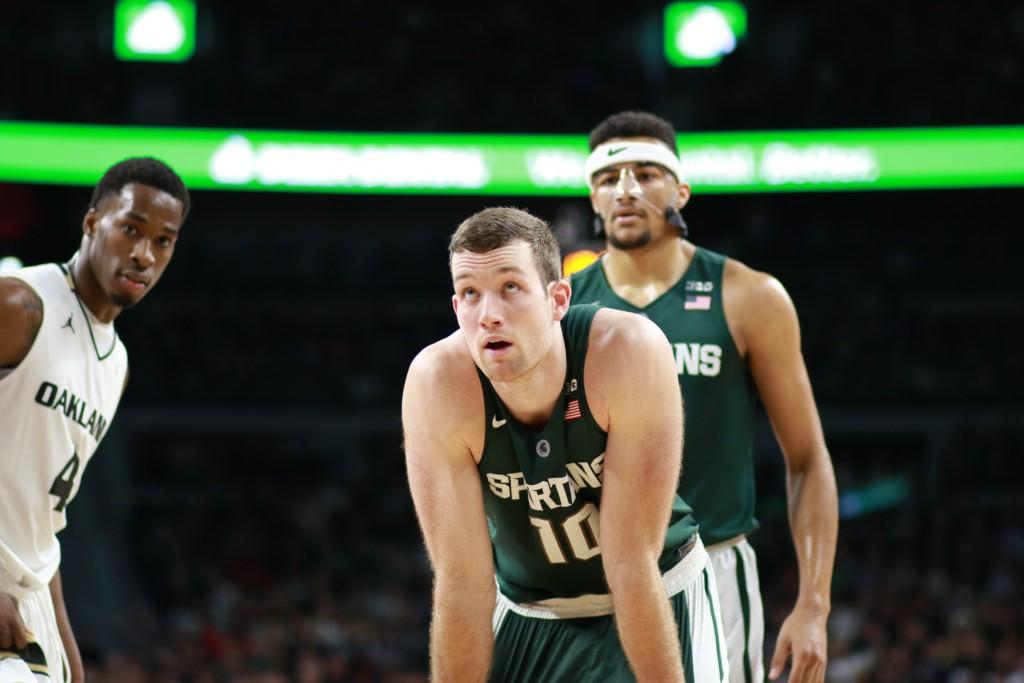 Playing without Denzel Valentine and coming off of an upset loss to Iowa that shattered Michigan State’s unblemished record, MSU was motivated to get things back on track. The No. 1 Michigan State Spartans (14-1, 1-1) showed resiliency and stingy defense in their first in-conference win, 69-61, over the Minnesota Golden Gophers (6-8, 0-2).

MSU had to travel to yet another hostile environment: Williams Arena. The last top-ranked Big Ten team that visited “The Barn” was the Indiana Hoosiers, who were upset 77-73 by Minnesota back in the 2012-2013 season. Since then, the Gophers have defeated six top 25 teams at The Barn.

History would not repeat itself, as the Minnesota offense was limited to only 34 percent shooting (22 for 65) and just 63 percent from the free throw stripe (12 for 19).

Guard Nate Mason led the Gopher squad in scoring with 16 points, with forward Jordan Murphy (14) and backup guard Kevin Dorsey (11) tagging behind.Murphy was one rebound short of recording a double-double, as Minnesota dominated the boards on offense with 16 offensive rebounds, despite being outrebounded 43-33.

After a slow start, Matt Costello emerged out of his slump with a double-double, tallying 17 points and 15 rebounds (6 offensive rebounds). Bryn Forbes led the club with 20 points on 7 of 17 shooting (4 of 9 from beyond the arc).

Freshman sensation Deyonta Davis continues to live up to the hype, as he established his presence with 3 blocks and perfect shooting (4 of 4 from the floor).

Gavin Schilling returned to the starting lineup after battling a turf toe injury, finishing with 8 points and grabbing 5 total rebounds.

It was an overall, well-balanced effort for the Spartans. The MSU defense surrendered more than 75 points in the last 3 games, but they cleaned up their act by only allowing 61 in this contest. When Michigan State desperately needed points, they drained shots and free throws in crucial situations to retain their slim lead.

Michigan State will host the Illinois Fighting Illini (8-6, 0-1) on Thursday night, looking to avenge a shocking 59-54 loss at home from last year.