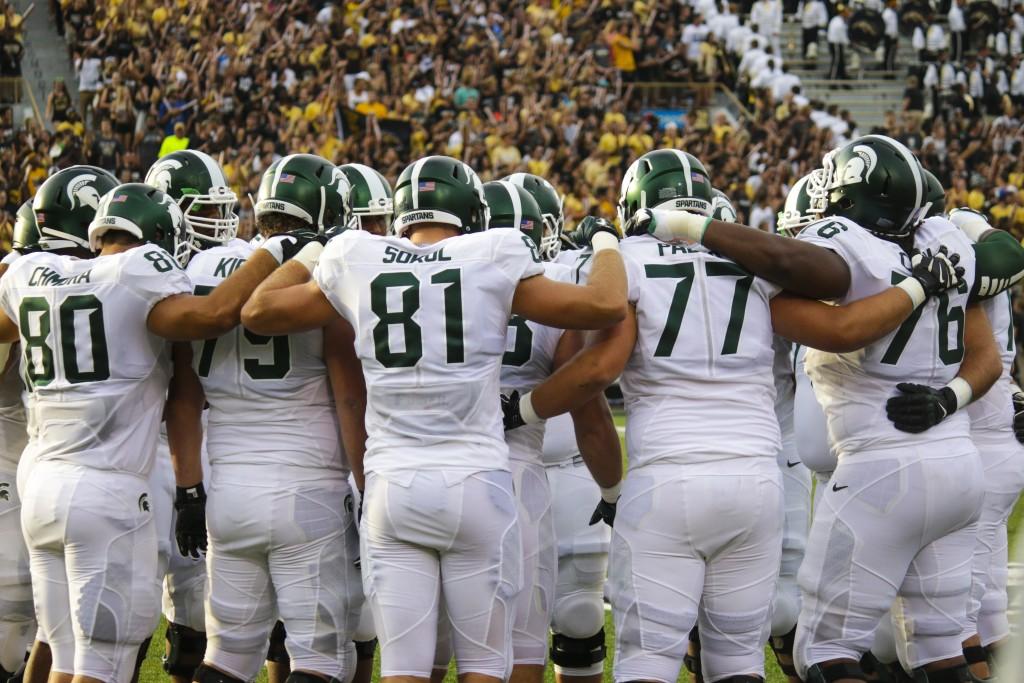 Much depends on the Michigan State Spartans game against Penn State on Saturday afternoon – and the Spartans are playing like it.

While starting quarterback Connor Cook was sidelined last game against the Ohio State Buckeyes, he returned for the 2015-16 seniors day to make a statement.

Cook threw 5-for-6 in the first offensive series for 63 yards and a 29-yard touchdown pass to R.J. Shelton. Kicker Michael Geiger missed the extra point.

While the MSU defense seemed to lack its tenacity seen in the previous game against the Buckeyes, the Spartans added pressure late.

Christian Hackenberg was sacked twice in the second quarter for the 38th time this season tallying over 100+ sacks for his career.

Momentum shifted around Penn State’s 20-yard-line. Riley Bullough forced a fumble in which Demetrious Cox recovered and ran 77-yards into the Penn State endzone, adding six more points to the scoreboard before a Geiger field goal.

To conclude the first half, Hackenberg connected with Chris Godwin in the end zone after a 67-yard, 10-play drive to make it 20-10 Spartans.

The Spartans will begin the second half with the ball.