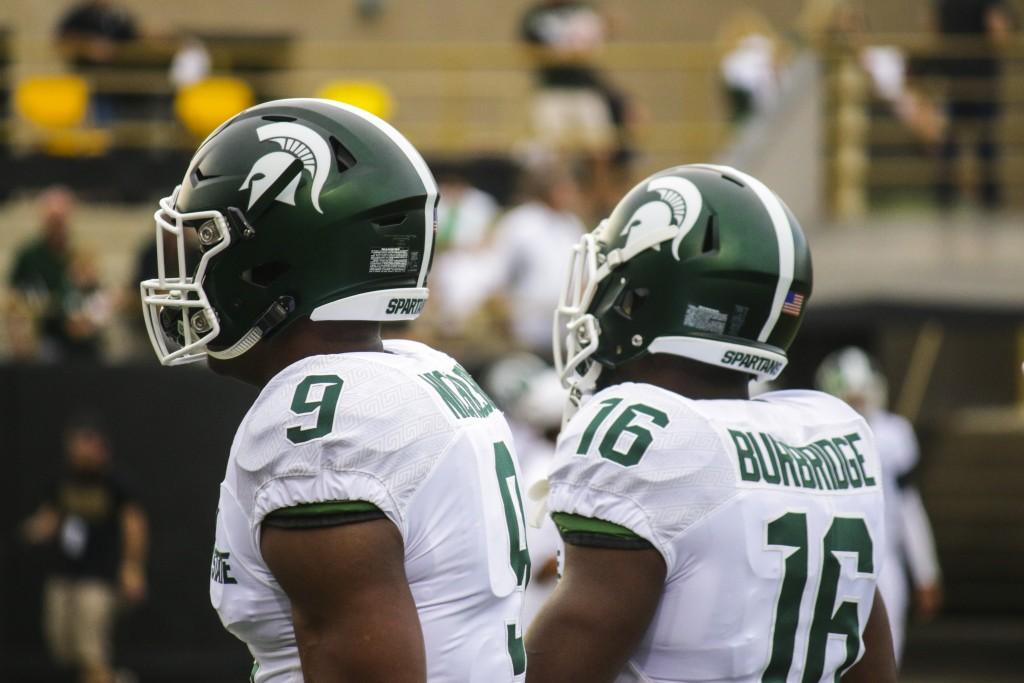 As the saying goes, all good things must come to an end. The Spartans’ streak of 12 consecutive wins came to an end Saturday night in a 39-38 loss on a controversial touchdown by Nebraska with 23 seconds to play.

My immediate reaction, as well of some of those in Spartan nation, was that the season is over. The Spartans were only supposed to have to worry about Ohio State, Nebraska was just supposed to be another one for the win column, it wasn’t supposed to happen this way.

However, all hope is not lost. A loss in Lincoln followed by a win in Columbus and in the Big Ten Championship game could give the Spartans a reasonable shot at the playoff. It is still possible that this team can make the playoff with only one loss. Alabama and Oregon both had one conference loss last year and still made it in.

Spartan players have taken note of this and took to Twitter to not only react to the loss, but assure Spartan nation that the season is not over.

Aaron Burbridge used twitter to address the team’s state of mind after the game.

It ain't the end of the world.. We gon bounce back fasho!! #dawgs

RJ Shelton, who made an amazing catch late in the game to keep a Spartan drive alive, knows what he and the team need to do in order to recover from the loss.

Great game, came up short, love my spartandawgs no matter what! We will bounce back and take care of these next 3 games! #gogreen

Darien Harris used his Twitter to talk about the love he has for the guys he plays with every week.

Damion Terry, Shilique Calhoun and Demetrious Cox used their respective Twitters to talk about what we all know the Spartans will do.

Win, Lose, or Draw I will always be a #ProudSpartanMan. Thanks Spartan Nation❗️ This is just a minor setback for a major comeback❗️#BleedGrn

Thank you for those who have stayed positive and supportive..Sparty will be back and stronger! Still goals ahead #SpartanNation #NoFlyZone

For what it’s worth, Gerald Holmes offered his PSN so Spartan fans could take out their frustrations with him in a little Black Ops 3. However, the tweet has now been deleted.