Earnhardt Jr., Kenseth and Others Look to Rebound at Kansas 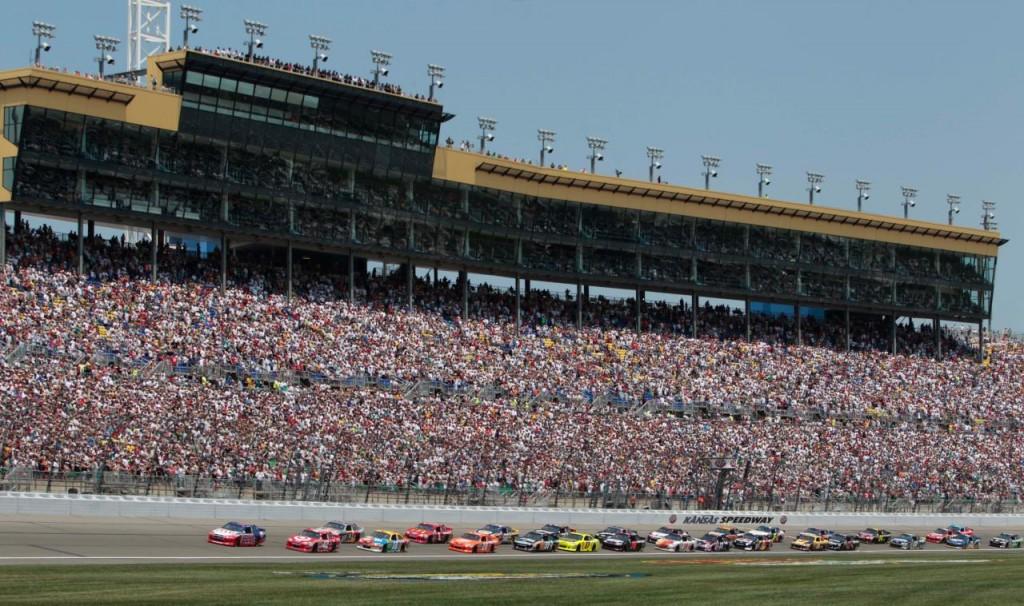 After yet another crazy, wild and dramatic Sunday afternoon of the Chase for the NASCAR Sprint Cup, the circuit heads to Kansas Speedway for the second race of the second round of this year’s playoffs.

But before we look ahead to the Hollywood Casino 400, some things happened during the week that made headlines. Most notably, NASCAR announced the official 2016 rules package. In recent years, the cars have been built around high downforce and higher speeds, basically meaning the whole race weekend could and would be determined in the race shops during the week. The fanbase weren’t huge fans of this, as they believed that NASCAR was getting away from it’s roots of letting the cars slip and slide around and letting the teams adjust on the car throughout the race to find victory lane.

With this new rules package, the main focus will be to lower downforce by decreasing the size of the rear spoiler, front splitter as well as radiator pan. The two races this season which featured this rules package were Kentucky and Darlington, which are widely regarded as the two best races of the season, due to the high amount of passing and all around good, hard racing. It’s going back to NASCAR’s roots, and you can read the low down of all of the rule changes by clicking here.

Another story that broke earlier this week involved Brad Keselowski and Tony Stewart’s teams. They received their fourth penalty during qualifying, meaning that they will lose their ability to choose their pit stall for the race. NASCAR has been enforcing these penalties throughout the season, and these teams are the first in the garage to be bitten by NASCAR, who showed they, and the sanctioning body, mean business.

Also, Kasey Kahne and his girlfriend welcomed a baby girl into the world. Kahne tweeted that the mother and daughter were doing well, so congratulations to them!

Alright, enough of what happened during the week off the track. Let’s get down to it.

We have documented Busch’s struggles in the Chase, especially at Kansas. After getting trashed heading to pit road last week, could his crazy bad luck be over? Only time will tell.

But nobody needs a win more than Kenseth, Busch’s teammate at Joe Gibbs Racing. Kenseth has won at Kansas twice, both coming in the first two races after the repave of the track. Although he has what it takes to find victory lane week in and week out, none of his five wins this season have come on intermediate (1.5) tracks.

Earnhardt Jr. and Busch, don’t need a win, per se, this weekend to be in good shape heading into Talladega next weekend. But it would certainly make them breathe a bit easier. However, if Kenseth were to finish outside the top ten, for whatever reason, he could be mathematically ineligible to get into the eliminator eight at Talladega, and his only way would be to win. He should be among the favorites.

Those three drivers are going to lay it all out on the line this week in order to not put themselves in a win-or-go-home position at the wild-card in Talladega. But two drivers that don’t need to push the envelope, so to speak, are the sport’s two most recent winners: Joey Logano and Kevin Harvick.

Coming off a win last weekend, and a win in this race last season, Logano is automatically advanced to the next round, but could find himself in victory lane again this weekend. And Harvick could too. He has led over 300 laps in his past four races at Kansas and has finished second about five times a 1.5 mile tracks this season. Those two, along with the three Chase drivers who need to push the envelope, should be among the favorites for the race in the heartland.

Jeff Gordon will roll off sixth on Sunday afternoon, and he should contend for his first win of the season at one of his favorite tracks at Kansas as well. He had his best run of the season in Chase race No. 1 at Chicago (another intermediate track) and is now the surprising leader of the Hendrick Motorsports brigade. Martin Truex Jr. (starting seventh) sits third in points and is quietly having the stealthiest run of the Chase.

I think when the dust settles, we will have a green/white/checkered finish and the pole sitter, Brad Keselowski, will find victory lane in his No. 2 car. It should be a great weekend of racing, as the Xfinity Series is also on track for the Kansas Lottery 300.  Enjoy the show, everybody!