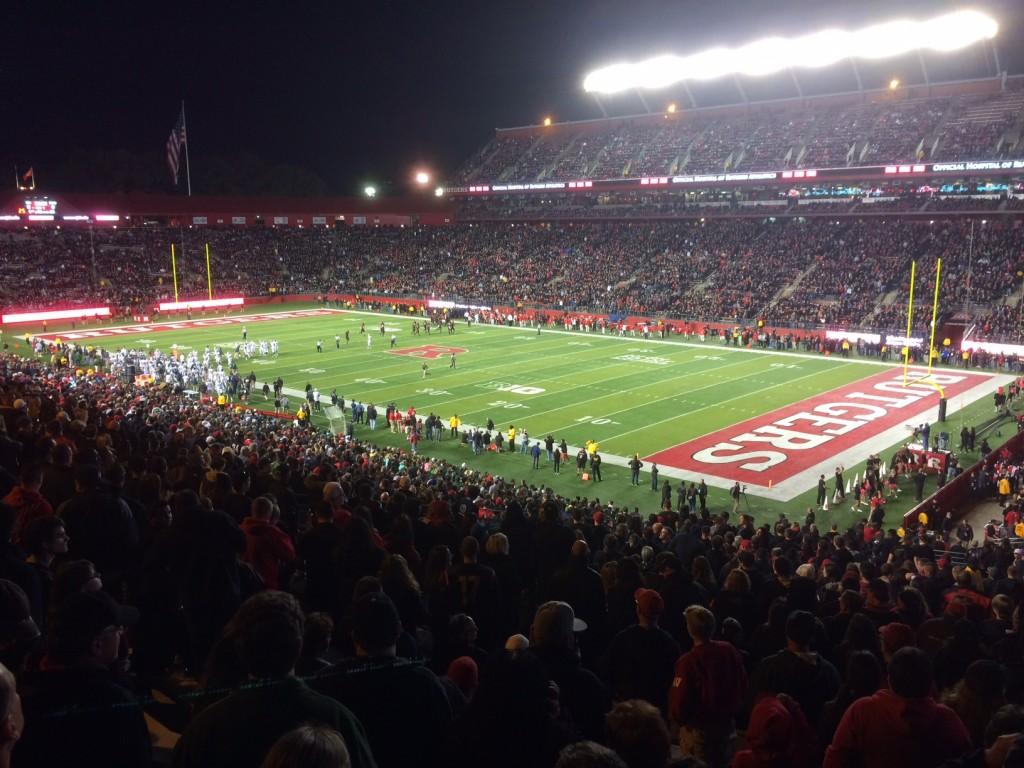 Piscataway — The fourth-ranked Michigan State Spartans are in a dogfight, trailing 14-10 to the Rutgers Scarlet Knights.

Rutgers wideout Leonte Carroo is carrying the offense, hauling in 3 receptions for 52 yards and notching both touchdowns for the Knights.

The Spartans dominated offensively, racking up 259 yards of total offense, and converting 12 first downs. However, a block field goal and an interception has kept Michigan State from putting more points on the board.

Michigan State scored first when Connor Cook found Macgarett Kings Jr. in the endzone, but since then, the crowd has played a major factor in this game giving the Scarlet Knights the edge at halftime.