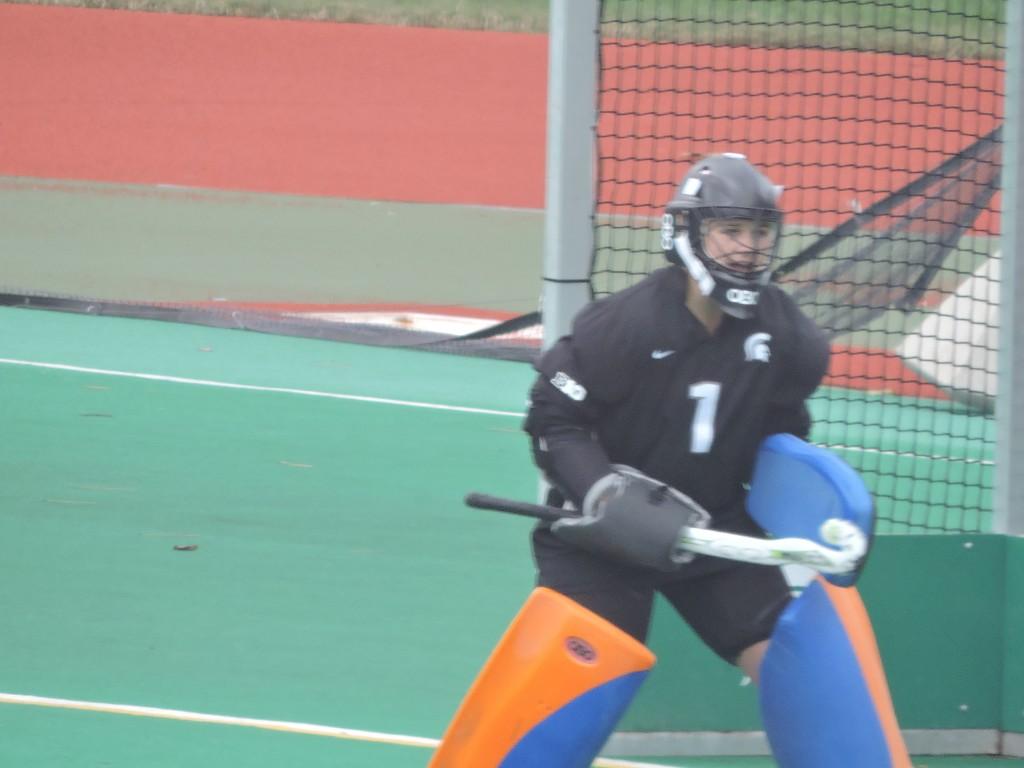 EAST LANSING, Mich. — The Michigan State field hockey team had their Big Ten opener Friday against Ohio State at Ralph Young Field. The Spartans, who were 3-3 coming into Big Ten play, looked to get their season off to a quick start.

It was Ohio State, however, who would score quickly. Ohio State converted early off a penalty corner from Maddy Humphrey to make it 1-0 Buckeyes.

The Spartans would quickly bounce back though. With 22 minutes left to play in the first half, Michigan State’s Grace Santi beat Ohio State goalie Liz Tamburro off an assist from Mallory Tyler to tie the game up at one.

From that point on, the game was extremely competitive with both teams holding off various attacks. Neither team seemed to gain any advantage.

A late Buckeye penalty conversion by Caroline Rath put Ohio State up 2-1 at half and would prove to be the game-winning goal.

The Spartans dominated possession in the second half but could not find the net after several goal opportunities. Despite out-shooting Ohio State 13-7, Michigan State could not put themselves back in the game.

“We controlled the tempo of the game and played some good hockey but it doesn’t matter if you don’t make the goals,” Knull said.

Knull needs to see improvement in the team’s practices this week.

“Today, with the first game of the Big Ten, they were super focused and ready to go,” Knull said. “We’ve got to bring that Tuesday through Thursday in practice and right now I don’t think we are. I think we’re bringing 75 percent of it a week and expecting it to happen on the weekend. We’ve got to start upping our level at practice so we can perform on game-day.”

Knull is confident, however, that she’ll see positive improvements coming off the loss.

“It’s our first Big Ten game. I told there’s a lot to play for still and we got to find ways to rebound and make the change and I’m confident we’re going to make those changes and see the results,” Knull said. “It’s a matter of us just building off of that because every week with this group I’m seeing improvement. We just have to see the outcomes.”

The Spartans face an unfamiliar opponent this Sunday in UC Davis and will look to take advantage of goal scoring opportunities.