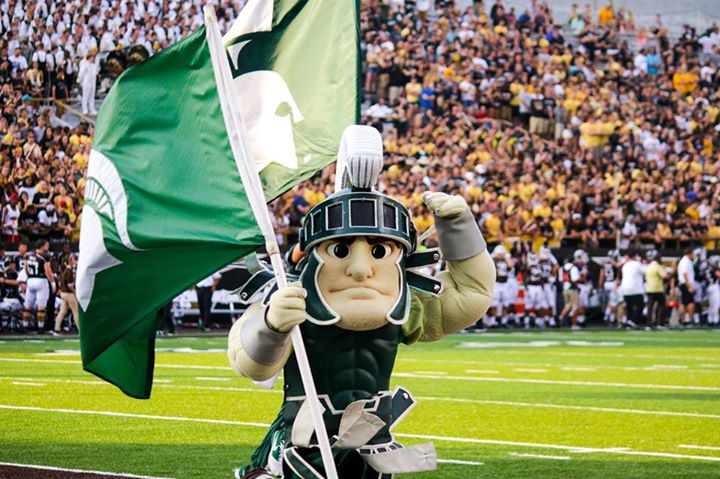 The No. 2 Michigan State Spartans block two field goals to keep the Central Michigan Chippewas at bay, leading 17-7 at the half.

MSU’s  running back LJ Scott has eight carries for 54 yards, while running back Madre London and tight end Josiah Price scored touchdowns for the Spartans.

With Price’s touchdown reception, he became the all-time leader in touchdown catches for a tight end in Spartan history.

Central Michigan put up their first points with eight seconds left in the half, as quarterback Cooper Rush found Anthony Rice in the end zone.