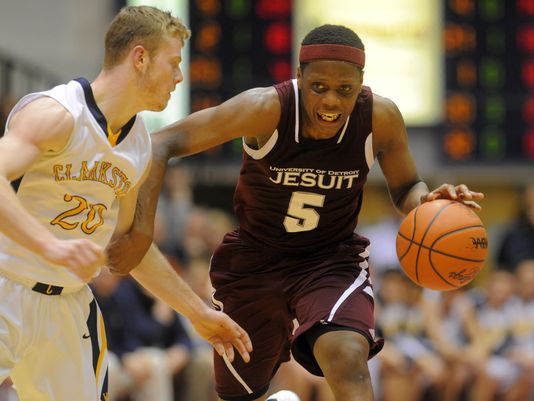 Cassius Winston, a four-star point guard from University of Detroit Jesuit, just committed to Michigan State for the 2016 season. He is the third recruit from the class of 2016, joining four-star power forward Nick Ward and five-star combo guard Josh Langford.

Winston narrowed his list to MSU, Pittsburgh and Stanford, and included the University of Michigan for most of the recruiting process.

Big decision tomorrow at uofd jesuit's pep rally at around 2:30 👏🙌🙏 thanks for all the love and support 💯

Winston is rated as the No. 5 point guard in the nation and the second-best player in Michigan, according to 247Sports. Although slightly undersized at just a shade over six-foot, Winston is an aggressive scorer and a leader on the court. He should fit the Izzo mold quite nicely. With his signing, MSU could have the top-ranked recruiting class in the nation.

MSU now has two more possible recruits left, Miles Bridges and Josh Jackson, who are both five-star players. Bridges will announce Oct. 3 and is deciding mainly between the Spartans and Kentucky. Jackson, the No. 1 player in the country, is being pursued by Arizona, Kansas and Maryland, among others.