Softball Comes Away With Big Win on Senior Day 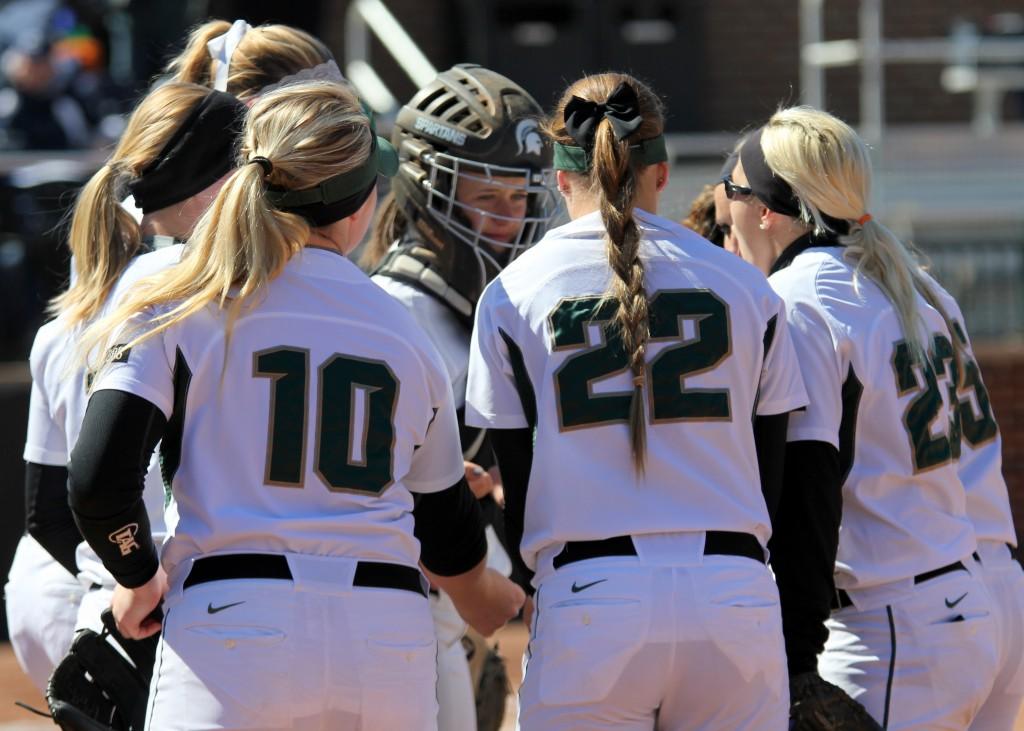 It was a bright and sunny day in East Lansing as Michigan State took on Maryland to finish out the regular season. Each team had won a game prior in the series, so Sunday was the crucial game three which would determine who would take the series.

The Spartans came out swinging early in this one. Sarah Gutknecht and McKinzie Freimuth led off the inning with a pair of singles. Alyssa McBride would drive in the first run of the game, making it 1-0 Spartans with only one out in the inning.

The Spartans weren’t done just yet. Lea Foerster came up with a bases clearing triple that added two more runs onto the Spartan lead. It was 3-0 after two innings of play.

Freshman pitcher Bridgette Rainey had a very impressive performance in the circle today for the Spartans,.Rainey tied her career high in strikeouts with seven and only gave up four hits in four innings of work. Head coach Jacquie Joseph had nothing but praise for what Rainey was able to accomplish this year.

“I think Bridgette has come a very long way,” Joseph said. “I mean, I think she still has a long way to go, but she keeps getting better every outing and she’s learning. It’s been a good journey for her as a freshman.”

The runs kept on coming for the Spartans in the third inning. Gutknecht sent her eighth home run of the year flying over the left field wall, giving her team two more runs. Gutknecht and the Spartans found themselves ahead 5-1 after three innings.

Maryland would not go down without a fight in this game, as they were able to cut into the Michigan State lead in the top of the fourth inning. A three-run home run off the bat of Maryland catcher, Shannon Bustillos, cut the lead down to just one, 5-4 Spartans after four and a half innings.

“I told the players lets make sure there’s no doubt,” Joseph said. “Anytime they answer, counter and keep the momentum, I thought we did that all game offensively.”

Countering the Maryland momentum is exactly what senior Stephanie Sanders had in mind when she launched a solo shot out of Secchia Stadium, giving the Spartans a much-needed insurance run. Destinee Luna also gave the Spartans some important insurance runs, as she hit a bases clearing triple, scoring McKenzie Long.

The Spartans would take this game by a final score of 7-4, winning their first series of the season.

It is clear that the Spartans have the potential to be a very good team. They have a lot of good, young talent and have been able to compete in almost every game they have played this season. Kristina Zalewski continues to dominate and lead a young pitching staff that will only continue to get better as their careers go on. If they can figure out how to close out games, they will likely be able to give the other Big Ten powerhouses a run for their money.

“I learned that no matter what, none of my kids ever rang the bell,” Joseph said. “They never counted themselves out. We have a tremendous foundation going into the future.”