White Team Leads Green 9-0 at Half of Spring Game 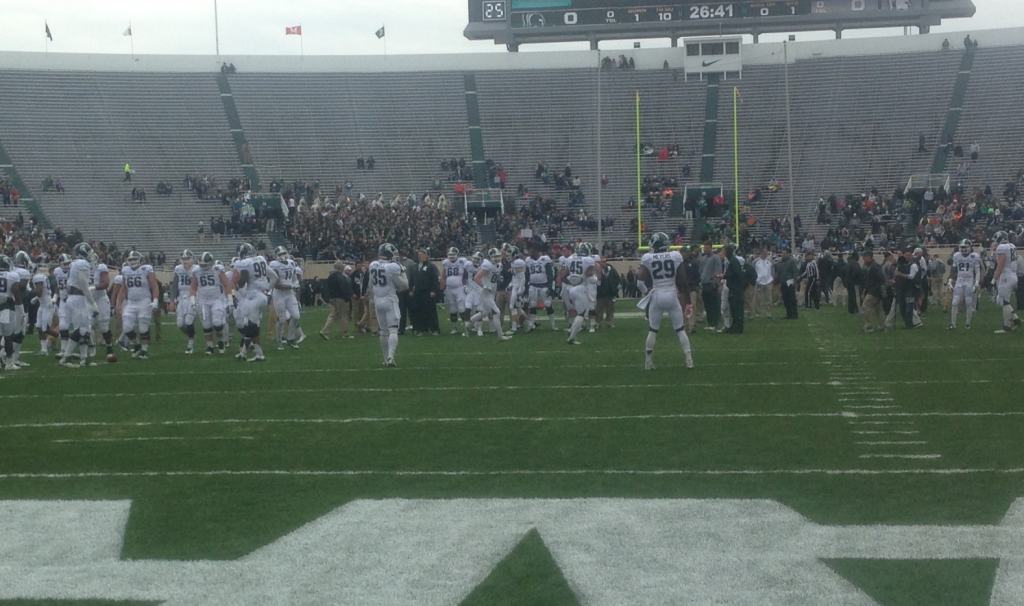 The MSU Green-White game is off to a quick start at Spartan Stadium. At halftime, the score is 9-0 in favor of the White team.

Both quarterbacks are off to hot starts, with Cook being 4-6 for 57 yards while O’Connor is 5-7 for 48 yards. While both have been fairly consistent throughout the first half, Cook misfired twice with busted coverage and almost threw a costly potential pick six. While Cook got lucky, O’Connor paid the price, as he was picked off by junior defensive end Evan Jones.

It seems that head coach Mark Dantonio is in mid-season form in terms of play-calling. He called back-to-back plays, both involving offensive lineman. Donovan Clark stunned the Spartan faithful with a 15-yard reception that he almost took to the house. Then, Jack Allen faked the snap to Cook, and rumbled into the endzone on a three-yard run. The Spartan crowd got a good chuckle out of both those plays.

It seems that Coach Dantonio is trying to sprinkle in some whimsical humor in the Spring Game, rather than taking it completely serious.