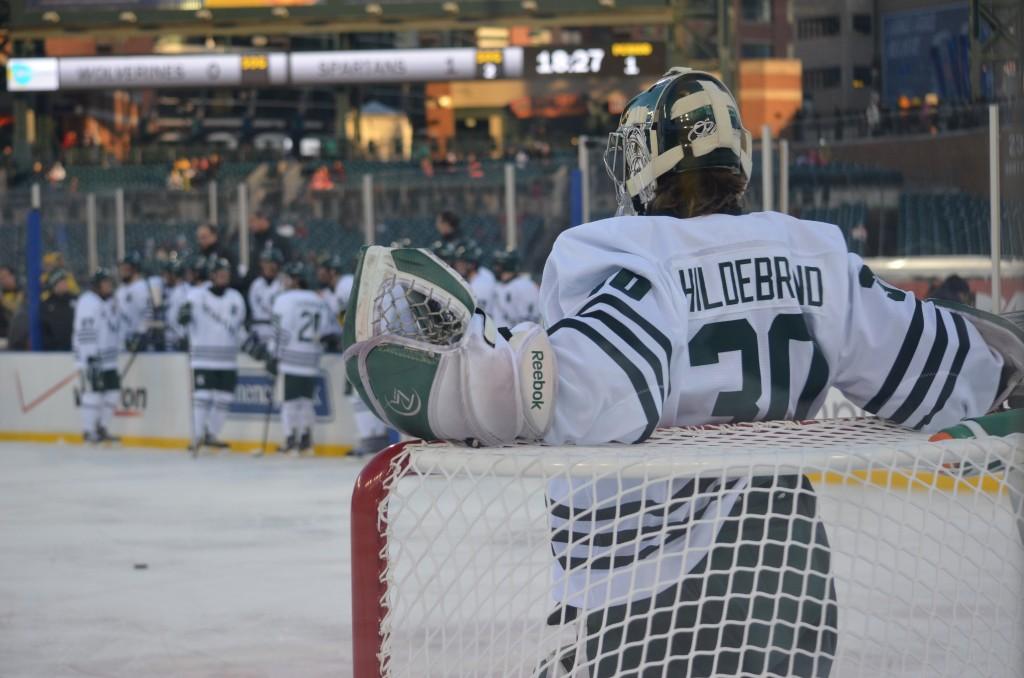 The honors keep pouring in for Michigan State goaltender Jake Hildebrand, as he was named to the CCM/American Hockey Coaches Association All-America first team on Friday.

The native of Butler, Pennsylvania became the 47th Spartan and 11th goalie in program history to receive such an honor. Hildebrand is the first goalie to be named to the first team since Ryan Miller in 2002.

“As Big Ten Player of the Year, Big Ten Goaltender of the Year and now a first-team All-American, Jake has emerged as one of the elite players in the nation,” head coach Tom Anastos said in a statement. “It’s a tremendous individual honor and obviously well-deserved.”

His six shutouts tied him with Chad Alban for fifth most shutouts in one season by a Spartan and his 10 career shutouts ranks fifth all-time in program history. Hildebrand’s 1,006 saves this season is sixth most in one campaign and he now moves ahead of Miller and Alban and into sixth with 2,780 career stops in his career.

Once the calendar flipped to 2015, Hildebrand’s numbers went from phenomenal to sensational.

The 21-year-old was a finalist for the Mike Richter Award and he led all goaltenders in the nation with a .947 save percentage in 2015. He also notched five shutouts and had a goals against average of 1.82 in 17 games in 2015, both of which ranked in the top 10 in the country during that stretch.

Hildebrand will head into his senior year with a chance to cement his spot among the best goaltenders to ever don the green and white. Although, he is still a free agent and professional squads still have the right to try and sign him to a contract.