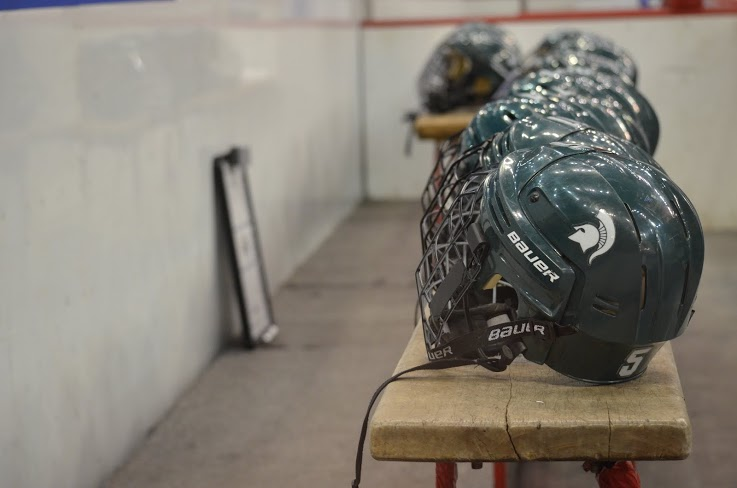 The Spartans picked up a verbal commitment from western Canada for the 2016-17 season.

Eighteen-year-old Taro Hirose of Calgary, Alberta, announced his commitment to the Spartans last Friday on Twitter.
Excited to announce my commitment to Michigan State University. Thank you to all my family and friends who have helped me along the way!

Hirose recently wrapped up his rookie season with the Salmon Arm Silverbacks of the British Columbia Hockey League. The rookie forward led his team with 50 points (18 goals, 32 assists), which was seventh among all BCHL rookies. According to a press release published by the Silverbacks, Hirose is described as “a dynamic offensive forward” by his coach.

[su_pullquote align=”right”]“He has quite a bit of [Pavel] Datsyuk in him.”[/su_pullquote]”I’m really excited to become a Spartan in 2016/2017. I would not have been able to achieve this without the help of my family, my teammates and the Silverbacks organization,” Hirose said in a team statement.

One of Salmon Arm’s best players, Hirose (5-foot-10, 150 pounds) helped the ‘Backs to a 28-21-3 finish, narrowly missing a playoff spot by one point. It is safe to assume that Hirose will be a key component of the Silverbacks next year, and will continue to grow both his skill set and his physicality (he is expected to gain 10 pounds during the offseason) over the course of next year.

“He’s an offensive dynamo,” said Silverbacks GM general manager Troy Mick. “He has quite a bit of [Pavel] Datsyuk in him.”

[su_pullquote align=”left”]“He’s an offensive dynamo,”[/su_pullquote]Hirose is the 10th player from the Silverbacks to commit to a NCAA D-I university. His teammates have committed to schools including Quinnipiac, St. Cloud State and Michigan Tech.

Asside from leading the Silverbacks in points as a rookie, Hirose was also invited to tryout for Team Canada West last November. Canada West participates in the World Junior A Challenge every year and is one of two Canadian teams participating. While Hirose did not make the final roster of Team Canada West, many observers felt that he could have and expect Taro to be in serious consideration for next year.

It is important to note that the BCHL is recognized by the NCAA as an amateur league, and has no affiliation with the Canadian major juniors. This allows prospects to sign on with Division-I college teams without fear of jeopardizing their eligibility. The BCHL has also been recognized as the premier amateur hockey league in Canada, similar to the USHL in the United States.

Should the commitment hold, Hirose will be entering Michigan State as part of the coveted “Honeybaked Class” in 2016. The class already features standouts Mitch Lewandowski, Noah Lalonde, Ryan Bederka among others.

The addition of Hirose brings a huge offensive boost to an already stellar class put together by head coach Tom Anastos.

Furthermore, Hirose represents Anastos’ first Canadian recruiting victory. If Anastos can continue to bring in skilled prospects and establish a pipeline from the BCHL to East Lansing, then MSU’s future just got a whole lot brighter.

The last Spartan who hailed from Canada was Lee Reimer, a native of Landmark, Manitoba, who graduated in the spring of 2014. Reimer accumulated 76 points (24 goals, 52 assists) during his four years at Michigan State.