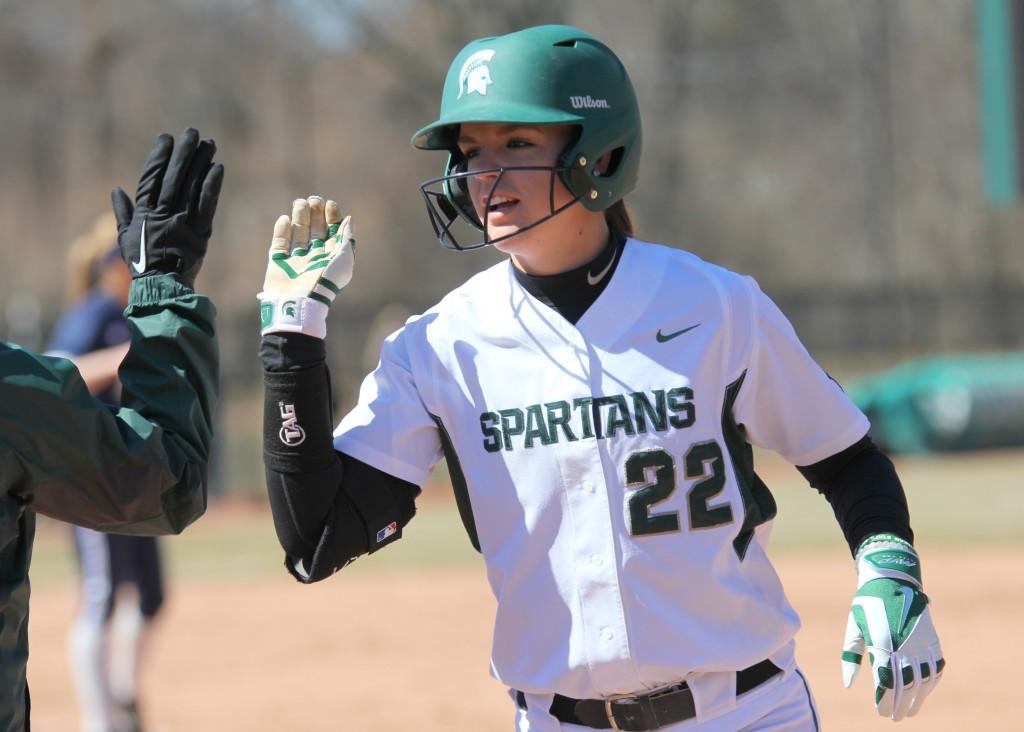 Concussions have been a huge issue in the sports world for the past few years and MSU sports journalism professor, Joanne Gerstner, is writing a book on youth concussions and sports. The book is aimed at coaches, athletes and parents. Gerstner called-in to The Pact to discuss her book with Fino and Faith, and how concussions need to stop being ignored at the youth level.

Michigan State men’s basketball has won four games in a row and sits in third place in the Big Ten standings behind the University Wisconsin and the University of Maryland. With a huge blowout win against the rival Wolverines in Ann Arbor, Mich. and a tough win on the road against the Illini in Champaign, Ill., the Spartans have put themselves in a position to possibly get a double-bye in the Big Ten Tournament in Chicago. Fino and Faith discuss MSU’s remaining schedule and what the team needs to do in order to get the double-bye.

Finally, the Spartan softball team has gotten off to their best start since 2006. After starting the season 7-3, MSU dropped three of four in Riverside, Cali. this past weekend to bring the Spartans to 8-6 on the season. Head coach, Jacquie Joseph, called into The Pact to discuss the team’s hot start, what happened over this past weekend and what needs to happen this weekend in order to have a good weekend against Ole Miss and Florida International at the Florida International Tournament in Miami, Fla.