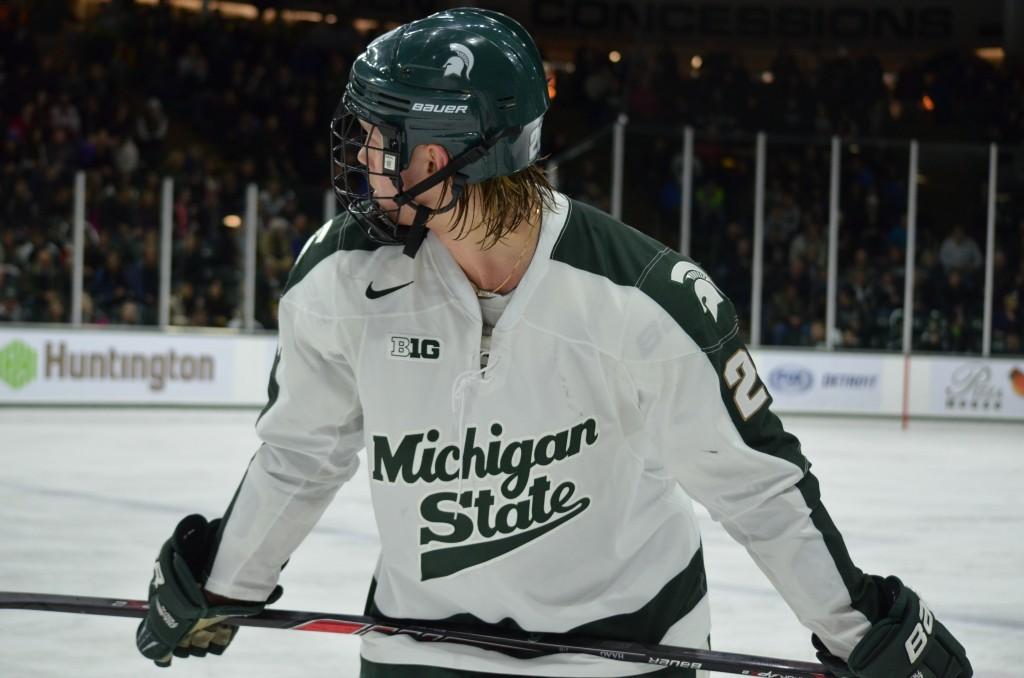 After a blowout win against Northwestern in Evanston, Ill., MSU men’s basketball had a huge win over the Ohio State Buckeyes at home on Valentine’s Day. In the first segment, Fino and Faith debate what that big win over the Buckeyes means for the team this late in the season.

MSU Impact Sports men’s basketball reporter, Andrew Hayes, joins the panel in the second segment to give his take on the win over Ohio State as well as what the Spartans to impress him on Valentine’s Day.

MSU men’s hockey had a huge sweep over the Penn State Nittany Lions to keep them in the hunt for first place in the Big Ten standings. MSU Impact Sports hockey reporter, Brian Bobal, joins the panel to discuss the teams two huge wins over Penn State and if the Spartans have a shot at winning the Big Ten conference.