Legacy, pride, and more than just seasons are on the line Sunday. 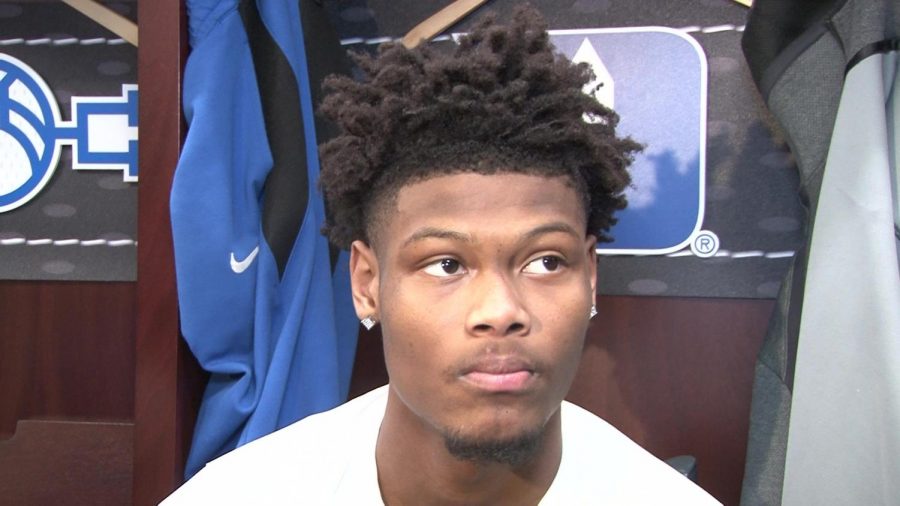 WASHINGTON, D.C. — With their wins Friday in the Sweet 16, Tom Izzo and Mike Krzyzewski both have 10 Elite Eight appearances since 1994.

On Sunday, a berth into the Final Four will be on the line as two of the greatest coaches of all time battle it out in what seems to be a game of destiny, a clash of titans with all eyes on them. One coach attempts to get over the hump as the other is on a collision course for the top.

“It doesn’t get any better than this,” Izzo said. “I think this has been a year when the players teach you more than you teach them. As resilient as they have been and kind of what they’ve gone through.”

On one side, three future NBA lottery picks power Duke. RJ Barrett, Cam Reddish, and freak-athlete Zion Williamson are projected to go in the first 15 picks of the draft as they stand out for an explosive and young Duke team.

“Obviously we’re honored to be in the Elite Eight,” said Krzyzewski. “And excited about the opportunity to play against a storied program and coach in Michigan State and Tom Izzo.”

On the other you have experience and valor: a group of teammates that have battled through adversity. As the upperclassmen have been highlighted so much, freshman have starred on the biggest of stages as Gabe Brown and Aaron Henry played the biggest role in overcoming LSU.

The pair of blue-blood basketball programs will collide Sunday evening with more than just seasons on the line. Legacy and pride will be preserved by whomever comes out on top in the game between Michigan State and Duke.
MSU
The Spartans used big nights from Brown and Henry to get past LSU and Tremont Waters, defeating the Tigers 80-63 and getting a scare as Nick Ward collided on his already-injured hand.

“Nothing is going to keep me off the court tomorrow,” said Ward when asked if he would suit up. “It was sore. But I expected that.”

MSU did not get much help from those that they usually depend on. Seniors Kenny Goins and Matt McQuaid scored a combined 12 points. In the postseason, McQuaid is averaging 12 points a game.

It would be unfair to expect Brown and Henry to score a combined 35 points against a Duke team that is simply more talented than LSU. It’ll spike the confidence of those two above and beyond where they were but MSU knows it can’t depend on that.

“They’ve been growing,” Cassius Winston said on Saturday. “Each and every step of the way just constantly getting better. Constantly trusting their work, trusting their teammates. Stuff goes wrong and they don’t let that take them away.”

Yet, consistency on offense is often a struggle for younger players.

On the defensive end, the question of how this team can control Williamson must be asked. The freshman scored a team-high 23 points versus Virginia Tech, an encore to his 32-point output the round before against UCF.

It’s an individual matchup that is the toughest in the nation.

“He’s a great player overall,” said Ward. “Me, X and Kenny, all the bigs really, are very excited to take on this challenge tomorrow, and we’ll do our best to contain him.”
DUKE
The Blue Devils have narrowly escaped disaster the two previous games. UCF missed two shots at the buzzer to win and Virginia Tech missed an alley-oop tip to force overtime by the slimmest of margins in the Sweet 16.

Duke will face its toughest test of the postseason against the Spartans. It’s evident the players understand that.

“They’re their own unique team with a great guard,” Williamson said. “Winston is the leader of that team. We got a big assignment ahead of us.”

“I can’t really compare the teams,” said Duke’s Cam Reddish. “But they’re obviously tremendously talented, really well coached. They have great bigs, really strong. Obviously shoot the ball really well. We gotta be out there and be engaged.”

Reddish understands this but also poses the biggest question: will he play?

The freshman missed the team’s last game against VT with knee soreness. Sophomore Alex O’Connell is among those that expect to step up with Reddish out.

“We’re still not sure with Cam but like he said my workload will be increased,” said O’Connell. “I’m ready to take that on and do what I have to do to help my team win.”

Duke has also struggled shooting the 3-pointer, UCF ran a zone and stuck 7-foot-6 Tacko Fall in the middle. This gave teams a blueprint on how to possibly defeat Duke. But how MSU will attempt to handle a paint-centric Duke team will remain to be seen.