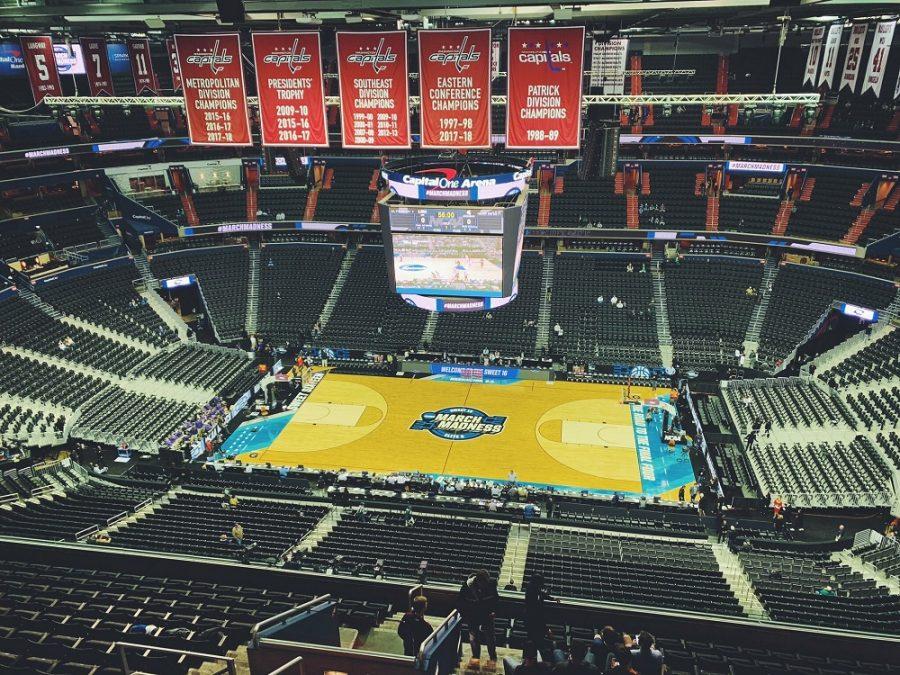 WASHINGTON, D.C. — Michigan State came into this NCAA tournament with one thing: experience. After falling to Syracuse last year in the round of 32, the Spartans entered March with something to prove as they made the Sweet 16 for the first time since 2015.

The experience of MSU shined in a 80-63 victory over No. 3 seed LSU, but so did the young guns as the Spartans punched their ticket to the Elite 8 on Friday night.

At a point in the season where experience and age help so much, freshman Aaron Henry was the star as he scored a career-high 20 points to lead the Spartans.

“It’s huge, just to take advantage of opportunities all year,” said Cassius Winston after the game. “None of these guys made it to this point before. So were enjoying every moment of it, were embracing it, and it’s opportunity you know what I’m saying. We don’t look at it as like pressure.”

Henry made 9 of his 14 field-goal attempts, adding eight rebounds and six assists.

“It just kind of happened,” said Henry postgame. “I wasn’t really planning on it, just staying in myself and trusting myself, just playing within myself was key. The game plan we had with the jumpshots and kickouts was there. Just following the scouting report and the game plan.”

But Henry wasn’t the only underclassmen that stepped up. Fellow first-year Gabe Brown also had a career-high 15 points and four 3-pointers in the game.

The first half was big for MSU, who hit jump shot after jump shot and outrebounded the Tigers 21-10 through 20 minutes.

“Kicking it out and get our shooters open looks,” said Winston. “That was part of our game plan.”

The Spartans started out hot and after going up 8-0 to start the game, LSU was on the ropes and down 34-17 with 6:19 to go in the first half. But the Tigers stormed back and cut it to 12 points before halftime as Tremont Waters got going.

The sophomore Waters hit a step-back 3-pointer to end the first half as he sized up Winston and nailed a huge shot over the star guard.

The jump shot was the start of a 13-0 run that carried into the second half, one in which Waters electrified the Capital One Arena crowd with seven quick points to open the half.

The Spartans responded well with a run of their own, capitalized with a Kenny Goins 3-pointer. The senior’s jumper keyed an 11-0 run that helped MSU regain control and take a 56-41 lead with 14:43 to go in the game, effectively putting away LSU for good.

LSU just wouldn’t go away, after going down by 17 again late in the game before cutting the lead back to single digits with just over three minutes to go. But MSU responded as they had nearly the entire second half.

Senior Matt McQuaid did what a senior does and answered with six quick points to push the Spartan lead back to double-digits, nailing an and-1 layup to ice the game with 1:32 to go.

MSU junior Nick Ward went down on his already-injured left hand late in the game, but MSU coach Tom Izzo said that x-rays came back negative and that Ward suffered a bone bruise. Despite the fact, MSU will has the opportunity to punch its ticket to the Final Four once again this Sunday.

This complete performance from MSU bodes well as they prepare for the winner of Duke and Virginia Tech. The team will face off with the winner of that one on Sunday, a tip time is to be determined.