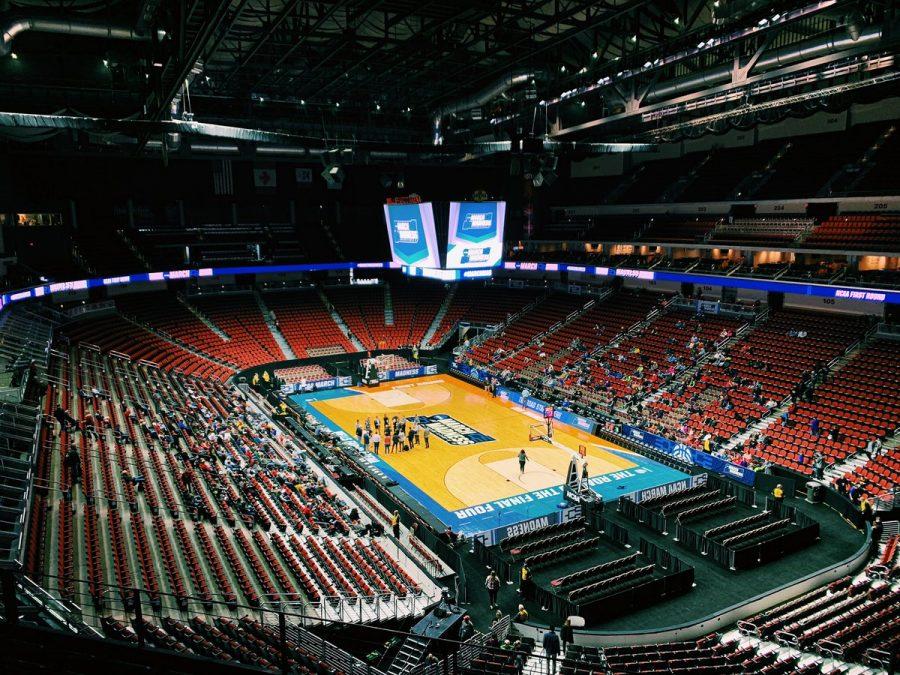 DES MOINES, Iowa — Well, college basketball insider for CBS Sports Jon Rothstein is right about one thing. This. Is. March.

The Big Dance is finally upon us as No. 2-seeded Michigan State takes on No. 15 seed Bradley in the first round of the NCAA Tournament on Thursday.

It’s a battle between the new kids on the block and the old dogs at Wells Fargo Arena in Des Moines as this marks the 22nd consecutive time the Spartans have made the tournament and just the first time in 13 years for Bradley.

The Spartans come in with a ton of momentum and will look to turn that into a deep tournament run, making up for the past three seasons where they have been unable to make it out of the first weekend.

Head coach Tom Izzo and the Spartans are hoping to make a run behind the play of Big Ten Player of the Year Cassius Winston. Winston comes into the tournament averaging 18.9 points, and 7.5 assists per game on 47 percent shooting from the field and 40 percent from beyond the arc.

Winston is the catalyst for this Spartans offense, controlling everything behind Michigan State’s high dosage of ball-screen offense. He can pick a team apart by finding teammates like sophomore forward Xavier Tillman, who averages 9.4 points on 60 percent shooting or senior guard Matt McQuaid, whose 27-point, 7-of-13 3-point shooting afternoon pushed MSU over Michigan.

Throughout all the injuries this season, first to guard Joshua Langford then to forward Nick Ward and now to forward Kyle Ahrens the Spartans have somehow been able to not miss a beat.

“I love how they’re all stars in their role. You look at their team, no one goes outside their lane. They stay in their lane. They do their job and they do it very, very well. They don’t try to take crazy shots from three if they’re not a three shooter,” Bradley head coach Brian Wardle said. “They do their job in their roles and that’s why they’re consistent, I think, even through some injuries. That’s why they’re a really good program.”

The Bradley Braves come to Des Moines as the Missouri Valley Conference champions with a 20-14 record and a 9-9 conference record. The Braves are one of the hottest teams in the Valley, winning 12 of their final 16 games including wins over fourth-seeded Missouri State and No. 1 Loyola-Chicago in their conference.

Bradley is powered by its incredibly stingy defense that holds teams to 65 points per game. In their three games in the conference tournament, the Braves held teams to 54.3 points on 37.1 percent.

The Bradley offensive attack is powered by their big three of guards Darrell Brown and Nate Kennell and forward Elijah Brown.

Brown averages 14.7 points and 3 assists per game on 39 percent from the field and 43 percent shooting from 3-point range. Kennell chips in with 9.4 points per game off the bench, hitting 40 percent from behind the arc. It’s this long-range shooting that Izzo and the Spartans hope to stop on Thursday.

“Brown and Kennell can shoot it from long range and that’s always the worry against a lower seed against a higher seed is a 3-point shot,” Izzo said. “I’ve seen nights where they’ve made a ton of them from long, long range, we’re going to have to do a good job of defending that.”

Along with the guard play, sophomore forward Elijah Childs does his share down low, adding 12.2 points per game while pulling down 7.8 rebounds a game.

In a lot of ways, this team is similar to Michigan State with the guard and forward play, but also in their relentlessness. This team hasn’t dealt with injuries like MSU, but they have been at the bottom this season.

Bradley started the season with an 8-10 record and were 0-5 in the conference, but responded by winning 12-of-16 since and nine of its last 11. The Braves have also come back numerous time from large deficits, leading its conference with eight wins when trailing at the half.

“They’re definitely a relentless team, they finished their conference strong. We (Michigan State) just gotta be ready and come out with a sense of urgency, knowing they’re not going to quit the whole game and staying on our toes until the end of forty minutes is up,” senior guard Matt McQuaid said.

It will truly be a battle in Des Moines as Michigan State and Bradley collide. One team looks to end its streak of first-round exits and add to its already long list of postseason success and another looks to do what it hasn’t in 13 years with a group of players that have never been under lights this bright. No matter what happens, Thursday should be worth watching.

Tip-off is scheduled for 2:45 p.m. ET and the game will be broadcasted nationally on CBS and you can listen live to Impact 88.9 FM in the Lansing area.