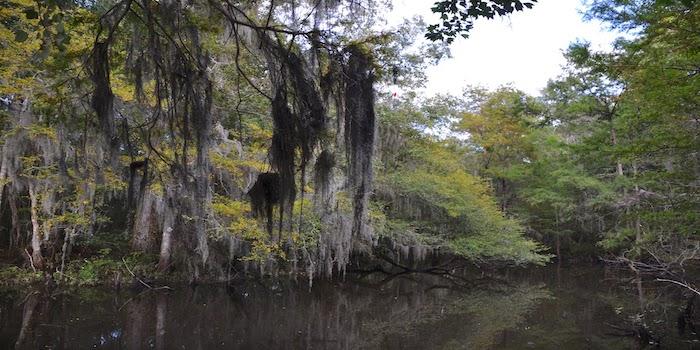 Woodstock is making a comeback this summer. Put together by its original co-creator Michael Lang, Woodstock’s 50th-anniversary festival (not to be confused with another festival happening that same weekend) is going to be huge, if its recently-released lineup is any indication.

With names like The Killers, Santana, Chance the Rapper, The Zombies and Jay-Z, it seems like Lang is hoping to create a festival that both honors the old and embraces the new. Some people from the 1969 version will be returning, like Dead & Company (Grateful Dead), David Crosby and Friends (Crosby, Stills, Nash & Young) and John Fogerty (Creedence Clearwater Revival).

In honor of this upcoming Woodstock, today’s jam of the day is a song performed at the original one, and could potentially be performed again: “Proud Mary” by Creedence Clearwater Revival.

“Proud Mary,” from the album “Bayou Country,” was released at the height of the band’s success and peaked at #2 on the Billboard chart. It became one of their most well-known songs and was covered by Tina Turner, among others.

Like many of Creedence Clearwater Revival’s (CCR’s) songs, the lyrics focus on themes of life in the American south. “Proud Mary” begins with a narrator talking about “workin’ for the man,” but then changes the scene to riding a steamboat on a river. In the context of the song, “Proud Mary” is the steamboat.

“Proud Mary” came about when John Fogerty, the lead singer and de facto frontman of CCR, was so overjoyed by his honorable discharge from the Army Reserves that he “did a handstand and flipped a few times on the small lawn out front.”

He quickly came back inside and started recording a song, which he initially based on the opening of Beethoven’s “Fifth Symphony.” The song’s rhythm “had the motion of a boat,” so he began making lyrics about boating on the river. Once he was finished, he opened his personal notebook with song titles in it for inspiration. The first thing he saw was “Proud Mary,” a random pairing of words that he liked, so he went from there.

Shortly after the release of this album, CCR performed at Woodstock. Their set was scheduled for prime-time hours but didn’t actually begin until after midnight, following Grateful Dead’s set. In a hilarious interview with Conan O’Brien, Fogerty described how these circumstances made their performance difficult.

“What they didn’t tell us until the ‘90s,” Fogerty said, “was that they [the Grateful Dead] had all taken LSD just as they went on stage.”

He described hearing, in the middle of Grateful Dead’s set, an hour-long period of silence from the stage and suggested that perhaps someone finally figured out how to plug in the amplifier.

“I come runnin’ out there and I look down there, and I see a bunch of people who look a lot like me, except they’re naked… and they’re asleep.”

It did not go well for the band, and Fogerty was so disappointed in their performance that he had the footage excluded from the Woodstock film. But luckily, all the footage is available on YouTube.

A lot has changed since 1969, but the spirit of Woodstock is still very much alive. This summer, festival-goers will have a unique opportunity to experience an exciting, nostalgic event with distinct elements of the old and new. Among the many other music festivals on the horizon, one thing is clear: it’s quite a time for music.