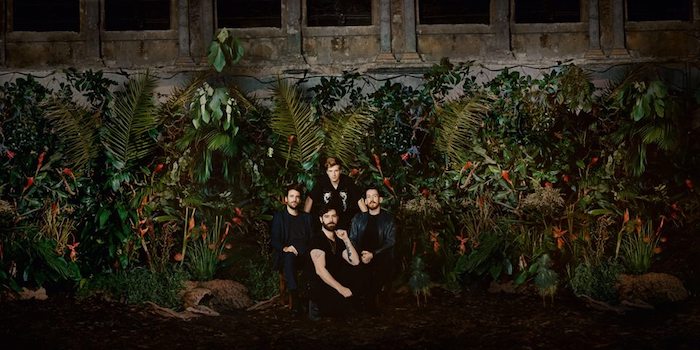 Foals, who have been described as having a “poppy, jittery, upbeat, math rock/post-punk sound,” have had huge commercial success in the United Kingdom and across the world. With hit singles such as “What Went Down”, “My Number”, “Inhaler”, and “Mountain At My Gates”, Foals’ impact on contemporary rock is quite immeasurable.

As of late, however, they have been nowhere to be seen. Their last album, What Went Down, was released in August 2015, and many have wondered what they’ve been up to if anything. But after almost 4 years, Foals has finally returned with a fiery new track called “Exits”.

A lot has changed since, not only in the world at large but for the band, as well. After 12 years, Foals’ bassist Walter Gervers has departed from the group in order to “pursue a new life.” Although this was initially a challenge for the group, it eventually inspired them to “recalibrate.” They changed up their methods and the approaches they had previously relied on to make music.

If “Exits” is any indication, Foals has truly changed their sound in a noticeable way. If some of their previous work has felt more sleek and radio-friendly, this song is much more punky and ambitious, but still faithful to the core elements of their well-known sound.

The lyricism, too, reflects the new world that Foals is re-emerging in. As a self-described futurist, their frontman, Yannis Philippakis, uses “Exits” to speak on many potential crises of the future. Speaking to New Music Express, the band said this new track “conjures the imagery of a dystopian future in an M.C. Escher-esque landscape.”

He draws attention to climate change with lines such as, “Now the sea eats the sky / But they say it’s a lie,” and “The weather is against us.” Additionally, the group also seems preoccupied with surveillance and privacy concerns, singing, “’Cause they watch us in our sleep / And the language that we speak / And the secrets that we keep.”

Philippakis’ description of “Exits” fittingly describes the song’s music video, which was released on the same day, January 21. It’s an unusual, action-packed series of events that perfectly complement the song’s energetic yet anxious nature.

As a protagonist navigates a technological hellscape, the video shows scenes of cars engulfed in flames, school-children holding guns, and politicians raucously laughing, with the band itself occasionally appearing, casually performing amidst the chaos around them.

Much of the music video focuses on unnamed characters trapped in a labyrinth-type setting, which Philippakis believes is illustrative of the world we currently live in. Filmed in Budapest, it features French actress Christina Théret and Game of Thrones actor Isaac Hempstead Wright.

“Exits” is the first release for Foals’ upcoming fifth studio album, Everything Not Saved Will Be Lost – Part 1, arriving March 8. Part 2 will be released in the fall of this year. They will be performing live at Saint Andrews Hall in Detroit on April 26.