Hotwater Really Works: The Story of a Unique Hot Tub Store and its Founder 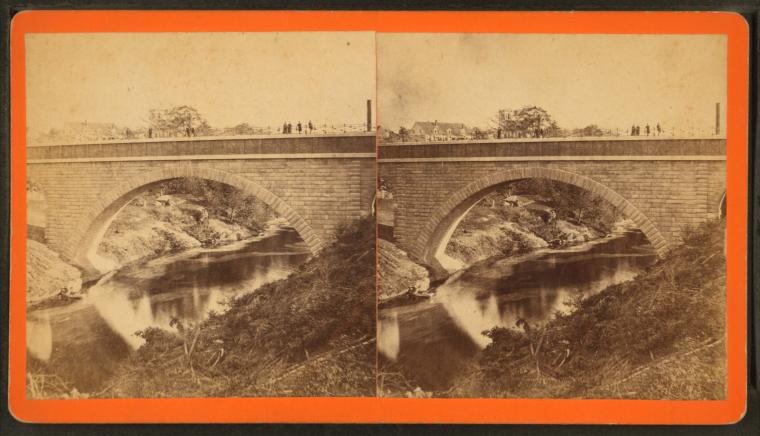 Hotwater Works is an intimidating presence on Michigan Avenue, noticeable on any drive to The Ave or Mac’s, stumbled past on many drunken walks to Quality Dairy, always gleaming on sunny days. Through the glass storefront, the first thing you see is a stage loaded with instruments.

But beyond that, there is a wonderland of tubs, tubs of all sizes, Jacuzzi tubs and Nordic tubs, Furo and Vita, rising from the sales floor like craters on the surface of the moon. Gaze further, into the depths of the building, and you might be able to peak into the back room, which is full of abstract paintings.

Inside that store lies the work of James McFarland, the hot tub designer behind Hotwater Works and FuroHealth.

I walked into the Hotwater Works store way back in 2016 and asked someone at the front desk if I could speak with James McFarland. He gave me a smile, walked into a back office, and brought him out: a tall and tan man with beachy hair stuffed into his baseball cap. Immediately, McFarland began to tell me what I wanted to hear: his life story.

“I was going to be a psychotherapist, and I was at Michigan State studying social work for a Masters degree. And I met an artist at Michigan State who was a professor of sculpture at a church family camp, and I was really impressed with him because he was obviously a genius.”

McFarland and this professor began hanging out while he was starting the school of social work. The theoretical nature of his studies bored him, as he was already trained to do psychotherapy and already seeing clients.

Two more years in the school of social work sounded awful to McFarland, so when Bob, the professor of sculpture, asked if he would work with him, he agreed.

McFarland told me, “I left to go to work in art with him, and we worked outside of the university, so it was like a private, personal mentorship that he put me in. It lasted about 18 years.”

During those years with Bob, McFarland discovered the hot tub that would end up changing his life forever. He said, “One day, we were working in his basement and I found this tank of water. And it was hot water in there, but it wasn’t moving.”

Bob discovered him snooping around the tub, and McFarland asked him, bluntly, “Why would you do this? What is this for?”

McFarland derisively described himself as a “typical American” who assumed that more jets would be better than fewer jets. He did not understand why a hot tub without moving water would even exist.

Bob said that he was tired of explaining the science behind the Japanese hot soaking tub to curious white guys. It was up to McFarland to do the research on his own.

So, he did. McFarland admitted that his life wasn’t “the same since” that fateful discovery in Bob’s basement.  The sight of that hot tub kicked off his exploration into the effects of a hot soak on the human body. He told me, “I’ve been thinking about this, now, since 1978, trying to figure out all the different things that soaking in hot water does.”

During our interview, McFarland asked that we take a break before delving into the specifics of his research and findings. He then asked me if he could hold the microphone. I conceded, and he led me around the store, talking slowly.

“Okay, so, here’s a tub just like the one I found at [Bob’s] place, except maybe a little smaller. This is FDA food-grade plastic. No chemicals leach from the plastic into the water. It’s pure, clean water.”

McFarland gave me what essentially sounded like a sales pitch. I felt as though I was just another customer, especially considering my recording equipment was not in my hands anymore. Watching him talk, I understood that this was a man who knew exactly how to sell a hot tub.

McFarland asked me to put my hand in one of the tubs, and gave me ultra-specific suggestions, almost like someone guiding a wine tasting.

“Now, put one hand in there up to your wrist, slowly. Deeper, deeper, deeper. Hold it still. Don’t move. And now, move it in a circle three times really fast.”

“See what happens? It felt hotter when you moved. That’s friction.”

McFarland is obviously a diligent student of the benefits of a hot soak. He even self-published a book about it. Over the years, he amassed a wealth of information about this topic.  At one point, he began to study the effects of a cold soak on the body, a subject about which he published yet another book.

After I  put my hand in the tub, we continued our walk around the store, and McFarland continued to talk into my mic: “The sweat glands pull toxicity out of your skin and discharge it into the atmosphere. So, you get lead and mercury and cadmium, as well as pesticides and herbicides that are in your food, air, and water. We’re basically toxic people now. Like, there’s no such thing as H2O anymore because there are so many chemicals in it. They’re finding even Viagra in salmon. Because people pee it out and it goes into the water and then it’s getting into the salmon. So, you got all these horny salmon all over the world.”

I did not know if I was allowed to laugh, but then,  McFarland laughed and assured me that he was just trying to make a joke. Then, he continued with his pitch.

“Stress is like a ratchet wrench… You click it up and it never goes back. It just keeps going ahead. That’s what stress is. The heat takes the stress out of your muscles, which makes you live a more comfortable, peaceful life.”

McFarland kept on supplying me with more reasons to buy a hot tub. Again, I had the strange feeling that I had turned from podcaster to customer. But what should I have expected from an interview with Lansing’s most studied hot tub expert?

I asked McFarland for his life story. He gave me exactly what I wanted and more. By relinquishing my mic, I became an audience member for one long, wild sales pitch. The anti-capitalist in me was a bit reserved, talking to such a seasoned and practiced salesman, but by the time I entered Hotwater Works’ room full of abstract paintings, I was telling myself to just relax, and go along for the ride.

Stacked taller than me, there were maybe hundreds of canvasses, all painted by McFarland, and tucked away in a back room of the store. He showed me this stash nonchalantly, as though I should have expected it.

When I asked about the band setup in the front of the store, he responded, again, nonchalantly, telling me that there used to be live music at Hotwater Works. A concert? At a hot tub store? Once the details of McFarland’s operation started piling up, I began to feel more at ease. He was a salesman, sure, but he was also much, much more.

My favorite moment with McFarland was when he asked me:

I did not know how to respond, so I let him answer his own question.

“I don’t! I don’t feel like it either. I’m moving pretty well for my age. I fly acrobatic airplanes, and I ride a big Harley Davidson, and I like to meet new women.” McFarland assured me that hot soaks had helped him maintain this active lifestyle.

In my notes for this story, I wrote that McFarland seemed to have been busy enough, active enough, to fill up five lifetimes. In a nonstop monologue, he gave me a condensed version of his life. My math holds up. I count five lifetimes.

“I went to MSU and graduated in multidisciplinary social science, which allowed me to think about lots of things outside of the box. A lot of people graduate in one thing, and they’re stuck in this one thing, like engineering or something. But I got to study things that were really interesting to me, and so, I didn’t know what I wanted to be when I grew up. I certainly didn’t know I’d be in the hot tub business. So, I studied as much as I could about everything. When I graduated, I went to work in community mental health, and we emptied out the state home for physically and mentally handicapped people. We brought them back into the community and set up programs that are still operating today. This was in the early seventies. So, I did that for awhile. Then, I lived in a Volkswagen van for four and a half months with my pregnant wife and my young, four year old daughter, traveled all over the Pacific Northwest and saw some amazing things. Then, I came back and bought a house, started fixing up this old house in Lake Odessa. I decided I wanted to become a homebuilder, so I got my builders’ license and started doing jobs for people. But then I got very interested in agriculture. My aunt and uncle and cousins were farming down in Kalamazoo, and I decided to go and work with them for awhile. We did four thousand acres of farming, which is a big operation with big equipment. I learned how to operate heavy equipment. Then, I bought my own little… five-acre mini-farm and set it all up to be completely self-sufficient. Then, my marriage started to fall apart, so I decided to come back to East Lansing and go back to MSU for social work. Then, I met Bob and started working with Bob awhile and building hot tubs. So, you know. That’s my life… in a nutshell.”

After this speech, I said, “Thank you… really incredible stuff.”

McFarland laughed and said, “Was it?”