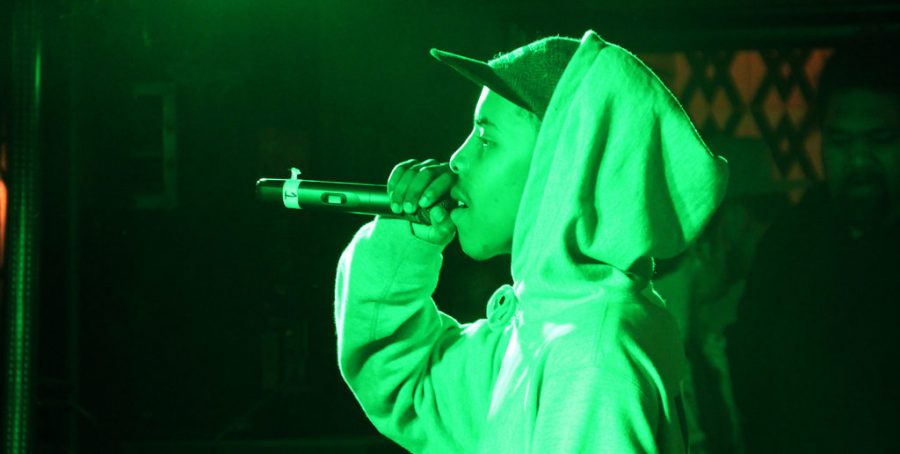 It feels like forever ago when I would sit down to watch California rap collective Odd Future’s TV show “Loiter Squad” with my older brother, both of us laughing at their ridiculous sketches and rocking those eccentric pastel-colored t-shirts. One reason it feels so long ago is the vastly different artistic paths that many of its members have taken since. Syd, formerly known as Syd tha Kyd, has made a name for herself as the lead singer of the band The Internet, a blend of soul, R&B, funk and hip-hop. Tyler, the Creator and Frank Ocean have both become household names at this point for their own unique reasons. As a whole, Odd Future left a profound impact on the culture of hip-hop, causing seismic shifts that are still reverberating to this day.

But what happened to Earl Sweatshirt? This is a question that has largely remained unanswered since his 2015 album I Don’t Like Sh*t, I Don’t Go Outside, a project with a more tragic tone than his previous work. As one of Odd Future’s most cerebral, uncensored poets, his absence has left many hip-hop fans wondering if and when he’ll ever return. Like many, I’ve held an I’ll-believe-it-when-I-see-it attitude toward these kinds of rumors. But after listening to his brand new track over 10 times, I’m starting to believe that he’s finally back. So to commemorate this special moment, today’s jam of the day is “Nowhere2go” by Earl Sweatshirt.

This track is not energizing, radio-friendly or even “catchy” in the traditional sense whatsoever. Rather, it’s a series of experimental sounds packed together with complex bars, all coming together in an unexpectedly appealing way. Since we heard him last, Earl sounds much calmer and jaded, having been humbled by the tumult of his personal life. In his own words, he has “redefined” himself, but not in a way that is immediately obvious. “Nowhere2go” speaks of life lessons and internal conflict, twisting and turning them to the rhythm of its equally perplexing beat.

First things first, Earl acknowledges the importance of taking caution, as the people “trippin’ around” him have reminded him to watch their step. He continues to struggle with mental health, having been worsened by his close proximity to death: his grandmother, his father and his friend Mac Miller, as well as his own suicidal urges.

But in “Nowhere2go,” just as quickly as one idea begins, the topic changes yet again. Moving on, he starts to reflect on his fame, offering shoutouts to supportive friends within the industry. He uses an extended metaphor to describe his success, rapping, “I need a city to hold down (Hold down) / You n*ggas gave me a coast.”

On the surface, he is alluding to the difficulty grasping the magnitude of his far-reaching influence. He could also be alluding to the coast of South Africa, where he traveled after the passing of his father. This is further implied by the following lines, “You went and gave me a cape (Cape) / But that never gave me no hope.” In addition to doubting his superhero status in hip-hop, he is unmistakably referencing South Africa’s Cape of Good Hope.

Given his lyrical complexity, it’s easy to understand why he has cultivated such a devoted fan base over the years. While some bars are spoken in a loose format, much of the song is delivered in mono-rhyme with internal rhymes embedded within. On top of the beat, with vocal harmonizing and drum patterns that sound like they’re glitching, the content of this song captures your attention. Clearly, Earl is still one of the most skilled lyricists and artists in the rap game, but the song’s message remains nonetheless open-ended. Because of these unanswered questions, he still sounds lost, walking on a path where there’s “Nowhere2go”. In other words, he still doesn’t like sh*t, but he’s about to go outside.

So what’s next for Earl Sweatshirt? When I wrote this, there was no definitive answer. But as of yesterday, he has announced that his next album, called Some Rap Songs, will drop on November 30. Yes, Earl fans, the wait is almost over. In the meantime, though, you can check out the album artwork and other merch here, as well as an even newer single, “The Mint” feat. Navy Blue. Free Earl!