We Watch it for the Music | American Horror Story: Apocalypse 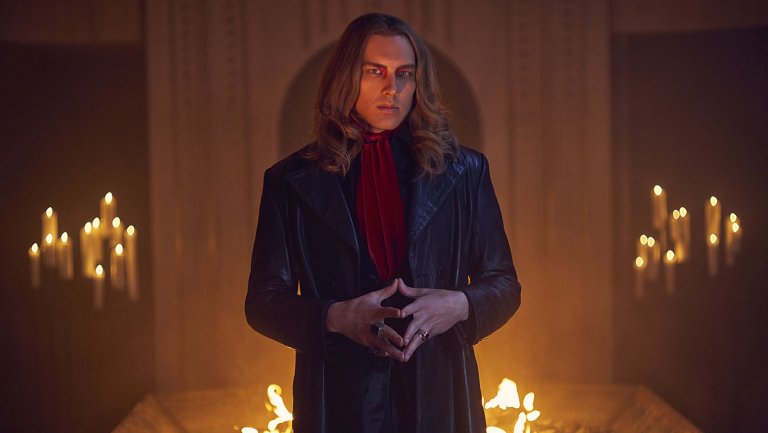 As this season comes to an end, we take a look at the music that makes American Horror Story on FX so wonderfully creepy. Warning: Spoilers Ahead.

Ryan Murphy’s gut-wrenching masterpiece has returned for its eighth consecutive season this fall with the most unlikely twist that audiences could not have prepared for. Intertwining story plots from past seasons make up the entirety of this season as characters from Murder House, Coven, Hotel and Cult make appearances throughout. Episode one of this season, “The End” illustrates an all-too-real scenario of the end of humanity after nuclear warfare breaks out among nations. Only the most elite alongside individuals with the best genetic makeup are chosen to survive in an underground bunker run by an organization called The Cooperative.

Ms. Wilhemina Venable (Sarah Paulson) is one of the administrators of The Cooperative alongside her right-hand woman Ms. Mead (Kathy Bates). Ms. Venable makes her eerie entrance as she strolls into the common area of the bunker before the last group of humans on earth. The Carpenters’ “Calling Occupants of Interplanetary Craft” plays in the background courtesy of the jukebox placed in the common room that plays the same song over and over again for days on end (significant? maybe). With her cane in hand and strict poise in the other, Ms. Venable makes her way into the room with all eyes on her as The Carpenters sing, “Our Earth may never survive,” which in terms of their situation, is painfully true.

Tonight You Belong to Me | Patience and Prudence

As the first episode progresses, it is revealed that the man in charge of the entire operation of The Cooperative is none other than the (legit) spawn of Satan, Michael Langdon (Cody Fern). Don’t remember him? Think back to the demon baby born at the end of AHS Murder House, who was raised by the “loving” efforts of Constance Langdon (Jessica Lange). Yes, everything really has come full circle. Michael shows up at the base of The Cooperative in order to inform Ms. Venable that her outpost holds the last remaining humans on earth. As he reveals this terrifying news, the hair-raising voices of the classic ‘50s duo, Patience and Prudence sing “Tonight You Belong to Me.” Their innocent voices contrast the dire situation they have found themselves in, making it all the more creepy.  And if that was not enough to creep anyone out, here is a reminder that this song also appeared in Murder House as numerous characters were brutally murdered. It can be inferred by this declarative song that everyone “belongs” to Michael as he is responsible for the downfall of humanity.

Moving forward a bit to Episode Five, “Boy Wonder” the audience is met with the return of the bad-ass witches from AHS Coven who are back to put an end to Satan’s reign. But what is an episode about witches without a surprise appearance from the magically talented, Stevie Nicks? She graces the last beings on earth with an entrancing solo performance of “Gypsy” that literally stops satan himself in his tracks as he looks upon her. Nicks serenades the witches singing, “And it all comes down to you” as the witches know that the fate of the rest of humanity lies in their hands.

It is clear that these songs are not only incorporated to highlight the show’s spooky aesthetic, but they also seem to affirm a deeper meaning behind the apocalyptic themes. Messages are being sent to the audience, but only time will tell what they are actually trying to convey. Ryan Murphy, you’ve outdone yourself.