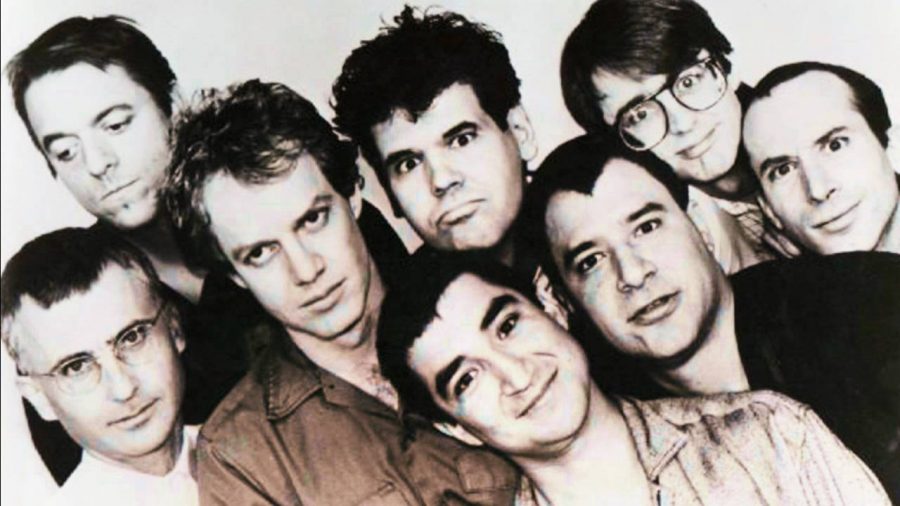 You’re probably getting sick of all those typical Halloween jams. You’re well aware of who you’re gonna call, and you’re probably thinking that if you have to hear the “Monster Mash” one more time it definitely will be a graveyard smash (of your head into a wall). But maybe you still want something a little spooky to put you in that Halloween spirit, just without totally compromising your sanity.

Enter “Dead Man’s Party,” the second track off Oingo Boingo’s fifth album of the same name. If the name Oingo Boingo doesn’t ring a bell, you’re probably at least familiar with their lead singer and songwriter Danny Elfman, whose work ranges from The Simpsons’ theme to The Nightmare Before Christmas and countless other Tim Burton movies.

Coming out in 1985 amidst true ‘80s classics such as a-ha’s “Take On Me” and Tears for Fears’ “Everybody Wants to Rule the World,” “Dead Man’s Party” has that characteristic new wave sound. With a catchy guitar riff that comes back throughout the song, a funky horn section and the simple request to “leave your body at the door,” this is one party you won’t want to miss.