Slow Dancing in the Dark | Joji 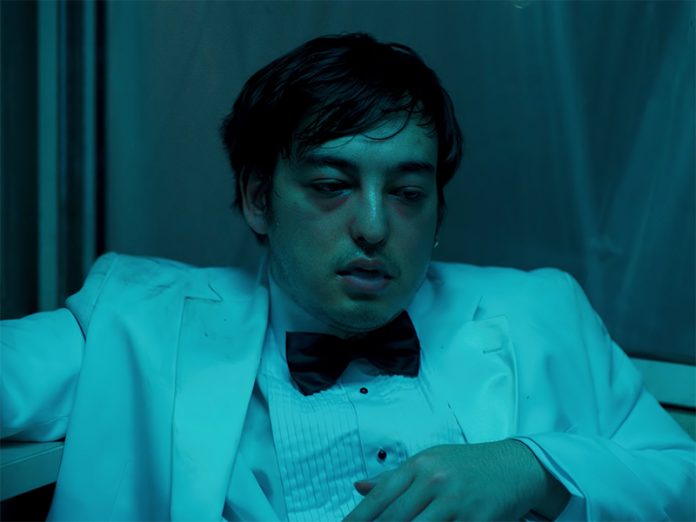 Close your eyes quick. Don’t worry, it’s not a prank, just try it. Are they closed? Okay, neat. Picture this. You’re a YouTuber, and you just went viral for making the scourge of the internet in 2013, the Harlem Shake. A majority of your subsequent content consists of you screaming, fighting with yourself and jumping out of cars. Your kitchen has fried noodles spilled everywhere on the floor, and you just rolled around in it. You also wear a pink bodysuit. Life is good.

Now open your eyes. Notice anything different? You should: you have transformed into Filthy Frank, also known as Pink Guy, George Miller, and – as recognized in indie music circles in his current moniker, Joji. Your life before? Gone. Forget about it. You are now Joji.

You might be thinking to yourself: “Okay, sweet. I was just looking for a cute little article to read, and now I’ve lost my identity. To top it off, I don’t even know Joji. Thanks, Impact”. Don’t worry! This is actually a blessing in disguise because in the little time he has been focusing on a music career, Joji has made a name for himself as an accomplished and serious artist.

Starting with his 2017 EP, In Tongues, Joji has experimented with an introspective fusion of R&B and lo-fi vibes. Though his lyrics maintain the creative versatility of his original career in surrealism, they often delve into wrestling with inner demons, fears, and anxieties about finding love and success. Joji doesn’t shy away from letting his emotions dictate the direction of the music — a conscious choice that helps him resonate so strongly with his fans.

This trend continues with Joji’s latest release, “Slow Dancing in the Dark”: a nostalgic, synth-based ballad of which the central themes are detachment, heartache and insecurity. So essentially, this song is all about my senior prom. (What? No, I’m not crying! Y-you-you’re crying!)

The song flows like a one-sided conversation, with Joji expressing his feelings of inadequacy towards his partner – insisting that they are incompatible for one another and that they’d be better off without him. He’s making all of the calls himself, and they’re premeditated.

“When I’m around Slow Dancing In The Dark, don’t follow me, you’ll end up in my arms”

He doesn’t want to rope them along with his problems, and he doesn’t need any more convincing to prove to himself he’s right.

“You have made up your mind, I don’t need more signs”

It’s a sentiment strongly echoed throughout the chorus, as well – challenging his partner to try to prove him wrong, while encouraging the pursuit of a greater happiness.

“Give me reasons we should be complete, you should be with them, I can’t compete”

What this song excels in is characterizing anxiety and its place in building relationships. When wrestling with insecurity, it’s so easy for people to cut themselves short on what they feel they deserve. “That’s not my scene. I’m not good enough for them. I don’t think I can handle it.” Anxiety has the ability to paralyze you from pursuing any of your goals and ambitions – which is personified by Joji’s perspective. We don’t know if the other person at the end of this lyrics shares his perspective, or if they want to be with him; the lens of anxiety constricts us to Joji’s own warped view of the situation. Even so, he wants to spare them of his own darkness – and if he’s gonna dance, he thinks he should dance alone. Is he really sparing them? Or saving himself from an uncomfortable situation? Either way, the meaning is up to the listener. This level of nuance, keep in mind, is still coming from the man who made the Harlem Shake meme.

In a way, Joji’s career in itself is inspiring. Who else can boast the versatility of hosting a viral YouTube channel, maintaining numerous connections and partnerships on and off the channel, and then follow that up with a serious dive into music? It goes to show that no matter which pseudonym he uses, Joji will continue to entertain in the years to come, and is definitely a musician to keep an eye on.