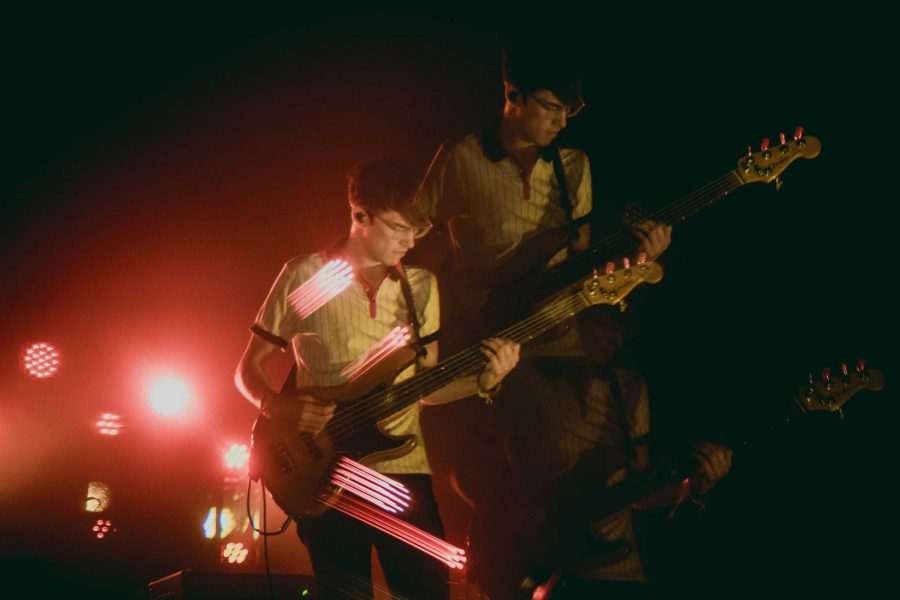 Hippo Campus, the five-piece indie rock band from St. Paul, Minnesota, is back with their sophomore album Bambi. The band has only been around since 2013, but their rise to fame and success happened quickly. Their first full album, Landmark, was released in February of 2017, followed by an EP last September. This new album is a highly anticipated and welcome addition to their growing discography.

Bubbles, the seventh track on the album, gives the best of both worlds — something of Hippo Campus’ sound we’re familiar with and a glimpse at where it may be headed. The song intros with plucky synths and vocals that bounce off the beat giving the whole thing an off-kilter feel, very fitting with the first words sung, “You could call me irregular.” But it’s not too long until the dreamy vibes are abruptly interrupted with a jolting rock bridge. The warped, muffled vocals and guitar which seem to blink in and out of existence might just make you stop and check to see if your headphones are broken. Just as suddenly as it began, the bridge ends and the song closes out in the same style as the beginning. Their overall sound seems to be moving towards something in the realm of synth-pop, but that indie rock spirit is still there.

Hippo Campus is on tour and can be seen at The Crofoot Ballroom in Pontiac tonight, Monday, Oct. 8, at 6:00 p.m.