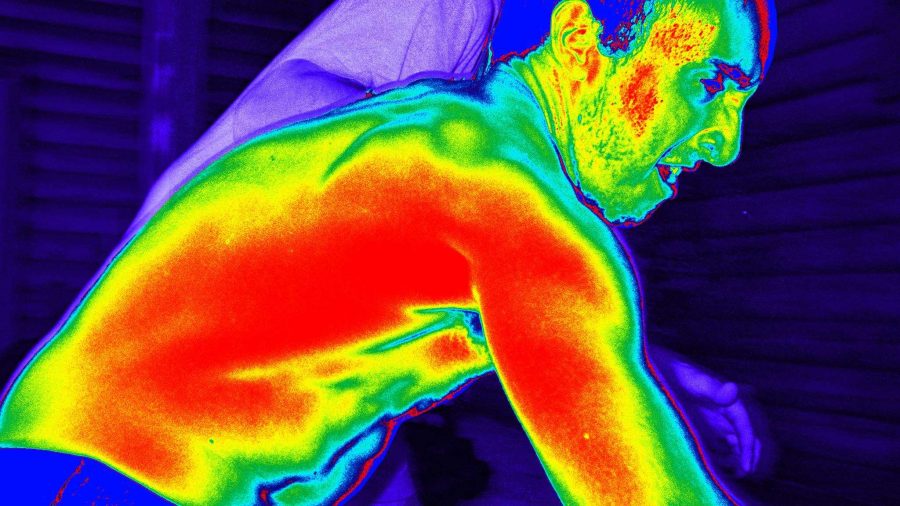 Few bands rise to stardom as quickly as BROCKHAMPTON, an LA-based hip-hop group of 14 members, perhaps best described as “the Internet’s first boy band.” After an ambitious series of albums released last year, collectively known as the Saturation trilogy, fans have been eagerly awaiting a follow-up project. And alas, it’s finally here: IRIDESCENCE, a sprawling, experimental and unapologetically imperfect album that illustrates the highs and lows of their newfound fame. In honor of this new release, today’s jam of the day is WEIGHT.

On WEIGHT, the album’s sixth track,  rappers Joba, Kevin Abstract and Dom McLennon break through the album’s turbulence to deliver some candid verses about many sensitive topics, such as self-harm, sexuality and substance abuse. Even for a group as authentic as Brockhampton, this song feels especially vulnerable, a side to artists that is often obscured by this kind of stardom. The vocals here are so isolated by its subtle beat that it feels akin to spoken word poetry – a bold move for such a sonically diverse album. But just as quickly as WEIGHT slowed down Iridescence’s pace, it speeds back up at the bridge, featuring a choppy beat that dominates Abstract’s distant, warped vocals. Dom McLennon himself tweeted:

Yo weight man. That switch up. I can’t act like I don’t feel that shit in my soul when I hear it

The song closes out with an outro by Joba, frequently returning to the lines, “Sippin’ on my pain, smokin’ on my pain / Ingesting my pain, I just wanna play.” The song can be best summarized by its namesake, WEIGHT: despite the highs of fame, Brockhampton’s members can’t help but feel weighed down by inner demons. This album as a whole is a testament to that idea, even as they continue to deliver defiantly catchy rap choruses.