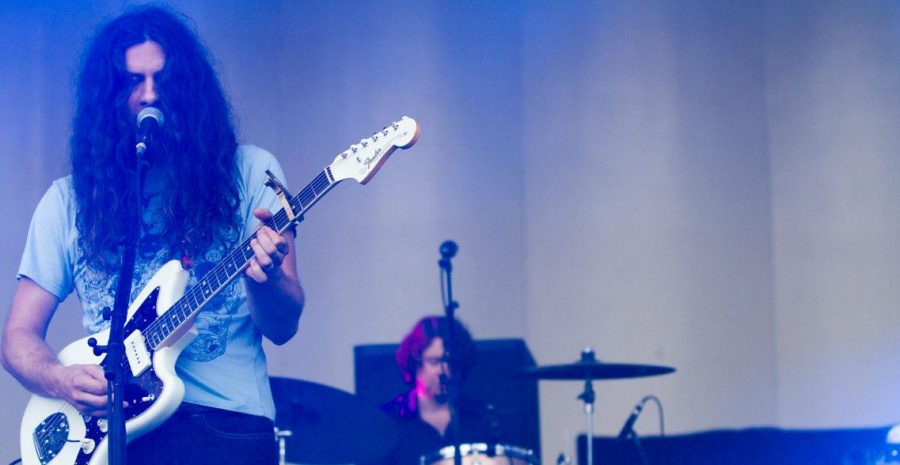 After a successful collaboration album with Aussie rockstar Courtney Barnett, Kurt Vile has plans to continue his prolific run with another record this year, Bottle It In. Kurt’s goofy, charming delivery draws comparisons to Velvet Underground’s legendary frontman, Lou Reed, but instead of telling stories over frantic guitar thrashings, his playing style stays subdued and uplifting by letting hypnotic guitar licks loop over themselves endlessly.

“Bassackwards” is the Herculean, nine-minute single off of Kurt Vile’s upcoming project. The usual Kurt sounds are all here if you look for them. A simple drum beat, a plucky bass guitar, and one or two gorgeous guitar phrases under Kurt’s matter-of-fact storytelling voice. In addition, this track has a My Bloody Valentine- reminiscent reverse-reverb guitar lick mysteriously gracing the background and building as the track chugs along. Kurt has the impressive ability to make a nine-minute song feel about half as long. The escalation of the track is natural and inviting, the soundscapes are as rich and unique as they are fitting, and Kurt’s voice hits you deep in the stomach like a seeded realization coming to fruition.

Keep an eye out for Bottle It In, releasing on Matador Records October 12, 2018.