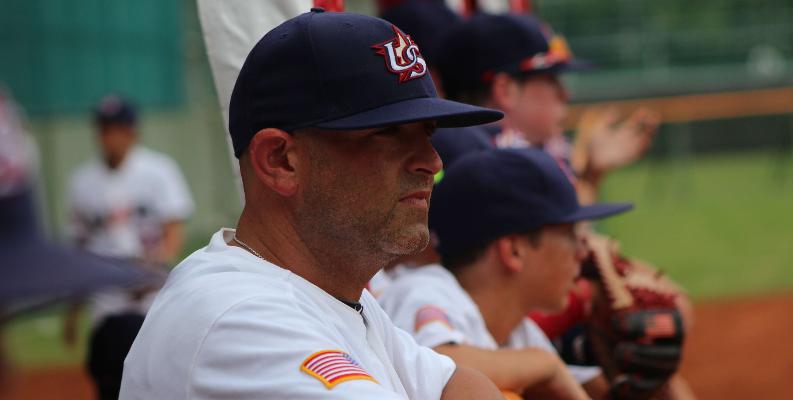 Todd Fine, a former Michigan State baseball player, will lead the USA 12U national team in the COPABE Pan-Am “A” Championship. Fine lettered as a player for the Spartans in 1993 and 1994.

Since playing for the Spartans, Fine has bounced around the national baseball scene both coaching and scouting. Most notably, Fine served as an area scout for the Houston Astros and was named the Amateur Coach of the Year in 2014 by Baseball America. Fine coached for eight years on the Under Armour All-America staff, which plays its annual game at Wrigley Field in Chicago. He’s also the Founder/CEO of Top Tier baseball program – a travel program that has grown nationally since 2004 and now has over 70 teams across the country.

Despite this being his first year in charge of a USA team, he’s no stranger to the program. Fine served as pitching coach for the 12U national team in 2015 and 2017, where they won gold at the World Baseball Softball Confederation (WBSC) U-12 Baseball World Cup. He’s also been on coaching staffs for the USA Baseball Tournament of Stars and the 18U National Team Trials.

Fine’s 12U squad is set to begin National Team Training in Houston before heading to Aguascalientes, Mexico, where the COPABE championships are held. USA opens against Cuba on Saturday, Aug. 25 – one of five round robin games they’ll play.

The COPABE format includes two groups. Each group is comprised of six teams. Brazil, Colombia, Cuba, Honduras and Panama accompany USA in Group B. Once the Opening Round is complete, group leaders will compete in the Super Round and the finals. USA will try to win gold in the Pan American Championship for the first time in 12U history.

The eight-day tournament will be streamed live on Youtube. More information can be found by visiting their USA’s age-specific Twitter account. The full USA 12U schedule can be found on their team site.