We Watch It for the Music | Sorry To Bother You 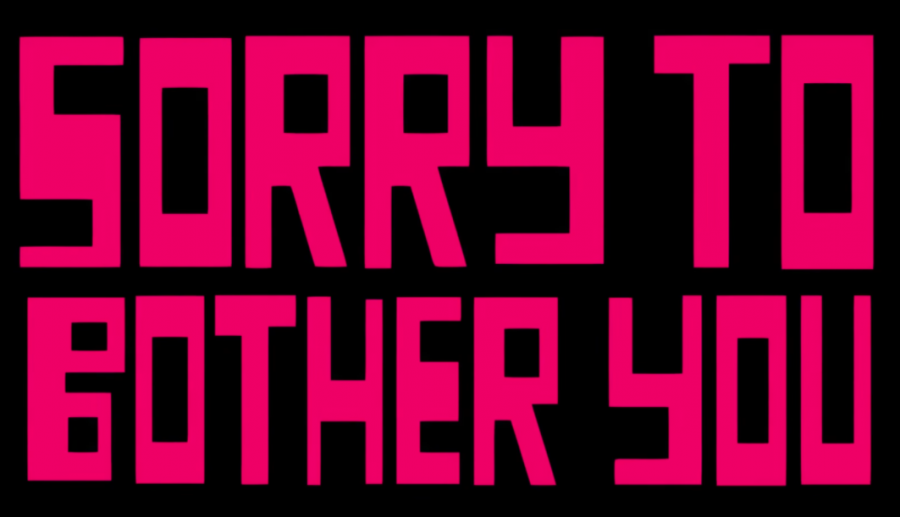 Boots Riley, a Communist activist and frontman of hip-hop group, The Coup, made his writing-directing debut this summer with the film, Sorry To Bother You. It is a fiery piece of pro-union, anti-capitalist propaganda that mixes absurd comedy with sci-fi to create an infuriating portrait of a not-so-distant future.

With this film, Riley gave leftist politics a space in the multiplex. People across the country get to witness the slow, painful radicalization of Cassius Green (played by Atlanta’s Lakeith Stanfield) and see parts of their own struggle reflected back at them, especially in 2018, a year in which the Supreme Court is diligently attempting to strip workers of their last remaining rights.

Though this is his first film, it’s not the first time Riley has celebrated the working class through art. He has been making music with his band, The Coup, since partnering up with a fellow UPS worker, E-Roc, in 1991. They were joined by Pam the Funkstress in 1992. And in ’93, they dropped their incendiary, boldly-titled first record, Kill My Landlord.

Fans of the film will be missing out if they choose to ignore Riley’s work with The Coup. The rebellious and unapologetically Communist ideas explored on these records are encapsulated in one line from the track, “The Coup,” off of KML. “All we need is satisfaction / We don’t want just a fraction / And we’ve come to / A conclusion / Revolution is the solution.”

This track also, presciently, calls out Donald Trump… in 1993. (“Break yourself Trump, it’s collection day.”) Which just proves a point that the film does, too: Boots Riley is not offering bland, reactionary answers. The subjects he tackles in his art are timeless, always relevant, because the problems (and solutions) have always been the same.

The Coup’s music openly acknowledges that citizens of the United States are locked in an endless battle of rich people against poor people, of oppressors against the oppressed. Billionaires have always sucked, and listening to their music will provide you with a plethora of evidence.

Politics aside, they’re also funky as Hell, and Boots Riley can rap. If you’re constantly angry at bloodsucking executives and billionaire technocrats and oil tycoons, it can feel as though he is talking directly to you, trying to convince you to take up arms and fight back. His live backing band and production are always tight, providing muscular grooves and occasional righteous shredding over which Riley can make his case for revolution.

The Coup’s effectiveness as a hip-hop group comes from their intense focus. Every snare hit and guitar riff is calibrated for maximum impact, every bouncing bass line is cranked up to perfection, and every line Riley raps is packed with either empathy for the working class or ire for the ruling class.

Songs like “5 Millions Ways to Kill a CEO” and the slow jam “BabyLet’sHaveABabyBeforeBushDoSomethinCrazy” contain all the fantastical eat-the-rich violence, weaponized consciousness, and humanity of Sorry To Bother You. Just like the film, this is art for anyone who’s ever dealt with a shady landlord, a cop, or a moronic boss. Or all three!

Art that’s truly revolutionary feels so refreshing these days, juxtaposed against a political climate where even the most left-leaning Democrats can only muster up calls for civility, meek bipartisanship, and a return to the status quo. Politicians may promise reforms that marginally improve people’s lives, but in the music of The Coup, Boots reveals that a whole new world is possible, outside of the current political system. This cautious, determined optimism is palpable in the film, too.

For a good place to start in The Coup’s extensive discography, you can’t go wrong with “The Guillotine,” off their 2012 album, Sorry To Bother You (which was originally intended as the soundtrack to the film).

The bass buzzes like an exposed wire over steady drums, handclaps and jazzy guitar squiggles filling out the background. First, you hear a chorus of people shout, “Hey, you!” and then, what follows is a fiery, populist anthem centered around everyone’s favorite tool of the French Revolution. Backup singers shouting in joyous unison make it clear: the 99% is angrier than they’ve ever been. “We’re at your gates. We’re at the door.”

At the end of the first verse, Boots assures his listeners, “They got the TV, we got the truth / They own the judges and we got the proof / We got hella people, they got helicopters / They got the bombs and we got the, we got the Guillotine.” Like the movie, this song encourages revolutionary militancy while giving due consideration to both the joys and tragedies one must experience when struggling against the system.

Now, the themes Riley has been exploring in his art for almost thirty years have the best chance they’ve ever had of reaching a massive audience. Sorry To Both You’s success shows that The Coup’s radical ideology has a receptive and eager audience in this country, a growing mass of folks hungry for art that speaks loudly in undiluted truths.