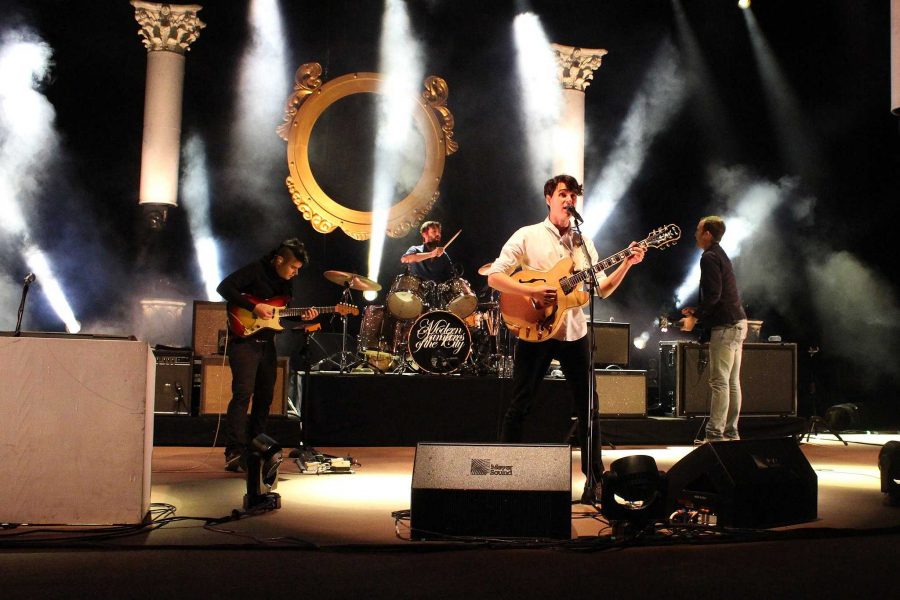 On a day like today where the sun has made an appearance for the first time all week and the weather has reached new heights with a temperature of over 40 degrees, it is only appropriate that we honor this brief window of spring by blasting Vampire Weekend. There is quite possibly no other album that represents spring better than Vampire Weekend’s self-titled debut album, released back in 2008. Band members Ezra Koenig, Chris Tomson, Chris Baio and former member Rostam Batmanglij formed the band at Columbia University where they met back in 2006. The band released their hit album after graduating from the university, eventually leaving their mark on the indie-pop genre while simultaneously creating a new perspective on the term “hipster.” This decade-old album has reached number 430 out of 500 on The Rolling Stone’s “500 Greatest Albums of All Time,” acknowledging their worldwide recognition and enormous following.

While the sun is shining and the air isn’t unbearably bitter today, pop in those headphones on your way to class and instantly experience the beauty of spring with the fifth track off of this album, “M79.”  With the combination of orchestral instruments and Koenig’s guitar skills, who knew a classical sound could be so aesthetically pleasing. Look for Vampire Weekend’s return to the stage this summer at Lollapalooza 2018.