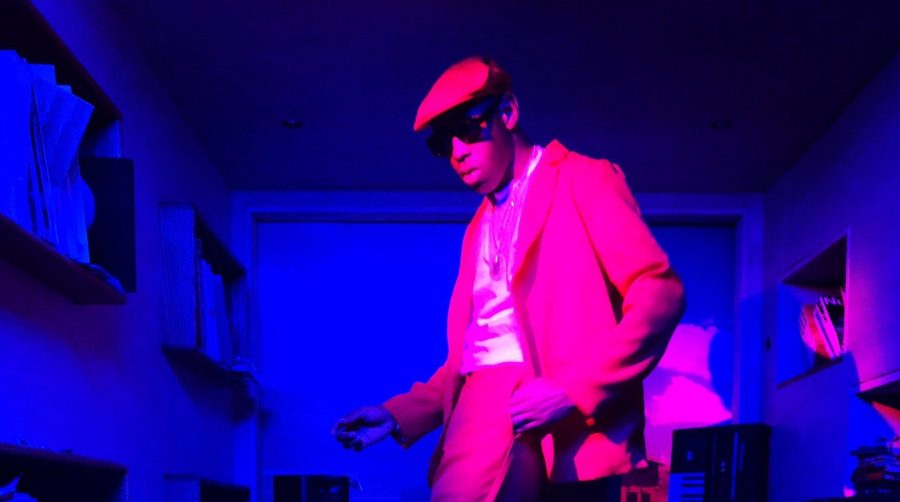 Tyler, The Creator’s sound is hard to define, ranging from the obscenity and angst of his earlier albums like Goblin to the more recent introspective and refined accounts of his experiences in Flower Boy. The shock factor seems to be one of Tyler’s greatest tools in his career as he is always surprising fans with new innovative moves across all platforms of creativity with his clothing line, production projects and of course his personal music endeavors.

Okra was released randomly to YouTube as a “throwaway” on March 29 accompanied by a colorful split-screen music video produced by Tyler himself under the pseudonym Wolf Haley. The song strays from the Flower Boy era and is more reminiscent of his older sound which is ironic as he raps about the end of Odd Future in the line “Golf be the set, no more OF.” The track features lyrics that seem to flow endlessly alongside the repetitive drone of the blown-out bass. Could this “throwaway’’ be a taste of what Tyler has in store for future releases?