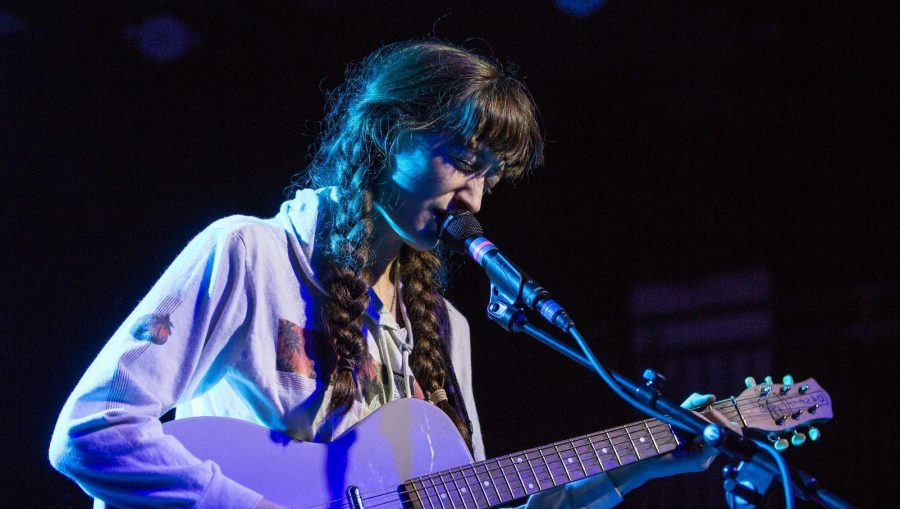 Greta Kline’s rise to the front page of Pitchfork was never too hard to predict. Daughter of Hollywood stars, Phoebe Cates and Kevin Kline, Frankie Cosmos (Greta’s stage moniker) focuses her music on the absurdity of human interaction, finding a crossroads between her daring curiosity and working knowledge of the world. Her songs are short and sweet, almost like a commercial jingle trading the corporate plasticity for striking emotional profundity. Her newest album, Vessel, clocks in at 33 minutes long with 17 tracks.

“Duet” is a song Greta and her new four-piece band revisited from her 2014 release, donutes. Both versions of the track are beautifully gentle and cute, but the 2018 Vessel rendition adds a sparkling timbre of percussion and bass runs that take the track from an unofficial loosey to a bonafide Frankie Cosmos classic. Her faux falsetto voice glides softly over quiet guitars and vibraphone clicks to the lyrics “You’ve got nice eyes/they’re very blue/that is why/I look at you.” The rest of Vessel is jam-packed with similar diary-style confessions and joyous outbursts of adoration, so throw it on if you’re feeling particularly lovesick!