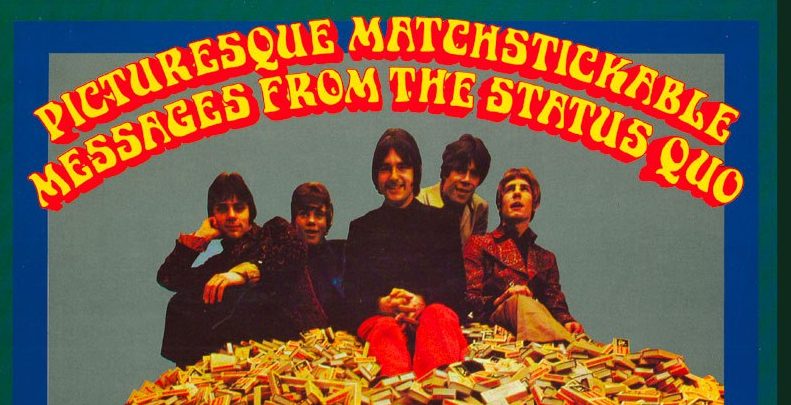 Formed in London, Status Quo would eventually develop a rock’n’roll sound akin to that of Cheap Trick or even ZZ Top. Their debut album, Picturesque Matchstickable Messages from the Status Quo, is a different story. As the mouthful of a title would suggest, the record was an adventure in psychedelic rock. The track that has had the most lasting impact from it is “Pictures of Matchstick Men.” The song was the band’s only hit in the United States, reaching number 12 on the Billboard Hot 100. It was only the failed launch of the next single that led Status Quo to abandon psychedelia and change their sound entirely.

“Matchstick Men” opens with a simple, yet iconic guitar riff that leads into an explosion of colorful sound from the accompanying drums, bass and keyboard. It is the guitar and trippy wah-wah effect that has helped make this song a staple of the psychedelic rock genre, even if the band isn’t. The sound makes it feel like everything is spinning, stopping only briefly for guitar solos. The song is often used in advertisements to this day due to the lasting impact of its mesmerizing effects. Its commercial use is a testament to the fact that it holds up, and that it works like any psychedelic song should and takes the listener on a journey to another place. So throw on some headphones and let the Matchstick Men take you away.