We Watch It for the Music | Adult Swim 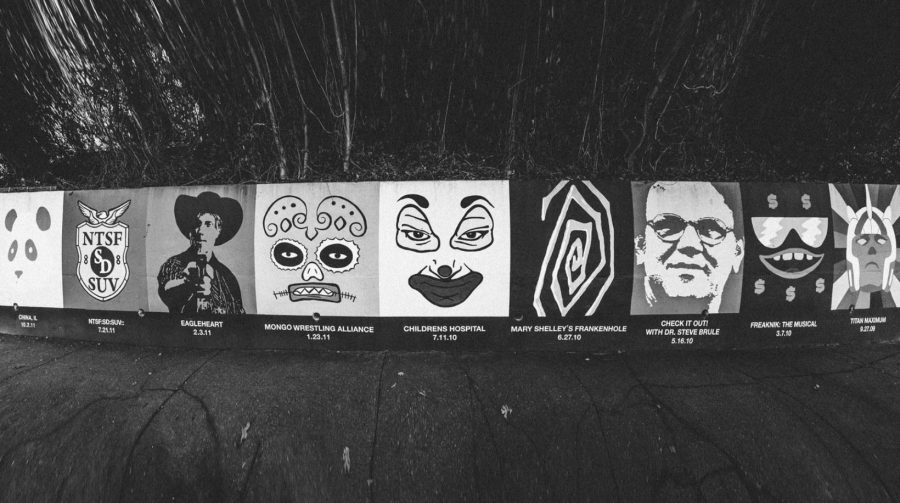 Late night bumpers and oddball comedies from Cartoon Network’s mature viewership program, Adult Swim, have a way of tapping into a sleep-deprived audience and turn goofy after-hours television into a stylistically rich hub of entertainment. From the visually lush commercial breaks to the short-lived reruns of Xavier: Renegade Angel, creative director, Jason DeMarco does painstaking work to keep the spirit of his channel alive. Arguably, DeMarco’s collaborations with tons of musicians, varying from lo-fi hip-hop to experimental noise music, could be the driving force behind the entire program. What better way to cut up long, avante-garde stretches of animation than with a flashy graphic, politically incoherent text, and a Flying Lotus beat blaring in the background? Let’s talk about why we watch Adult Swim.

Flying Lotus’ creative direction forms a harmonious pairing with Adult Swim. Lofty, rumbling beats and down-pitched vocals never felt so right until they came from Earl Sweatshirt and Flying Lotus’ alter ego, Captain Murphy. An old Rhodes sample loops around on Flylo’s crate- digger beat, Murphy and Earl trading bars cheerlessly, telling tales of Elysium and eating ramen in a parking lot. These two were meant for a song together, both taking pages from Madlib’s book of rapping under the Quasimoto moniker before the beat switches up and Flylo fades out the track.

Brian Eno with Kevin Shields – Only Once Away My Son

Talk about star power. Brian Eno, godfather of ambient music, and Kevin Shields, frontman of the illustrious shoegaze band, My Bloody Valentine, teamed up on Adult Swim’s singles program last year, bringing us a nine-minute free-flowing, textured soundscape. “Only Once Away My Son” was made for a good pair of headphones, teasing glimmers of rhythm and melody behind several walls of all-encompassing beauty. Behind two masterminds, the track carries tremendous weight and grip, balancing itself out with several twinkling bells for an ephemeral dash of variety. Hopefully, there is more in the vault from these two forerunners of experimental music, because nine minutes just isn’t enough

Julia Holter – So Humble The Afternoon

Julia Holter generally presides along a rich ensemble of stringed instruments and harpsichords, filling gaps of weightless energy with her careful enunciations. This Adult Swim single is a different story. Holter instead opts for soft synths as the canvas for her hushed vocal delivery, as well as a nasty guitar solo mixed to sound like an 8-bit keyboard. The latter half of “So Humble The Afternoon” is awe-inspiring, using the drawn-out simplicity of her arrangement to milk every moment of beauty from the song she can. “So Humble…” shows off what the best Adult Swim one-off singles do, experimentation and less rigidity in the creation process making for unique art and music.

Clams Casino’s work as Lil B’s top producer and legacy as a founding father of cloud rap fits Adult Swim’s target audience to a tee. For a generation of kids raised on Boondocks and MF DOOM, Clams’ production borders on genius, flipping female vocal samples into astral projections of sound with a couple quick clicks. Ghostmane himself builds upon old artists like Cypress Hill or Bone Thugs-N-Harmony with his oddball Florida twist, making a nice compliment for Clams’ less aggressive style. The result is…heavy, incorporating aesthetic stylings of black metal with bouncing hi-hats and a somber piano riff, fitting in seamlessly with the Adult Swim singles cast of weirdos.

Protomartyr – Born To Be Wine

Protomartyr may be one of the more bizarre picks for an Adult Swim single program. The Detroit post-punk band possesses, for lack of a better word, primitive spirit, lead singer Joe Casey yell-talking over marching snare rudiments and ear-tingling guitar stabs. “Born To Be Wine,” manages to take their usual violent diatribes against the church, state, or anything otherwise inherently political and jams it into a loosey single for a Cartoon Network television program. As one youtube comment described it, “this is like a sound check at a high school auditorium or something,” summing up the chaotic tendencies of Protomartyr without emphasizing their ability to actually pull off the high school sound check style.