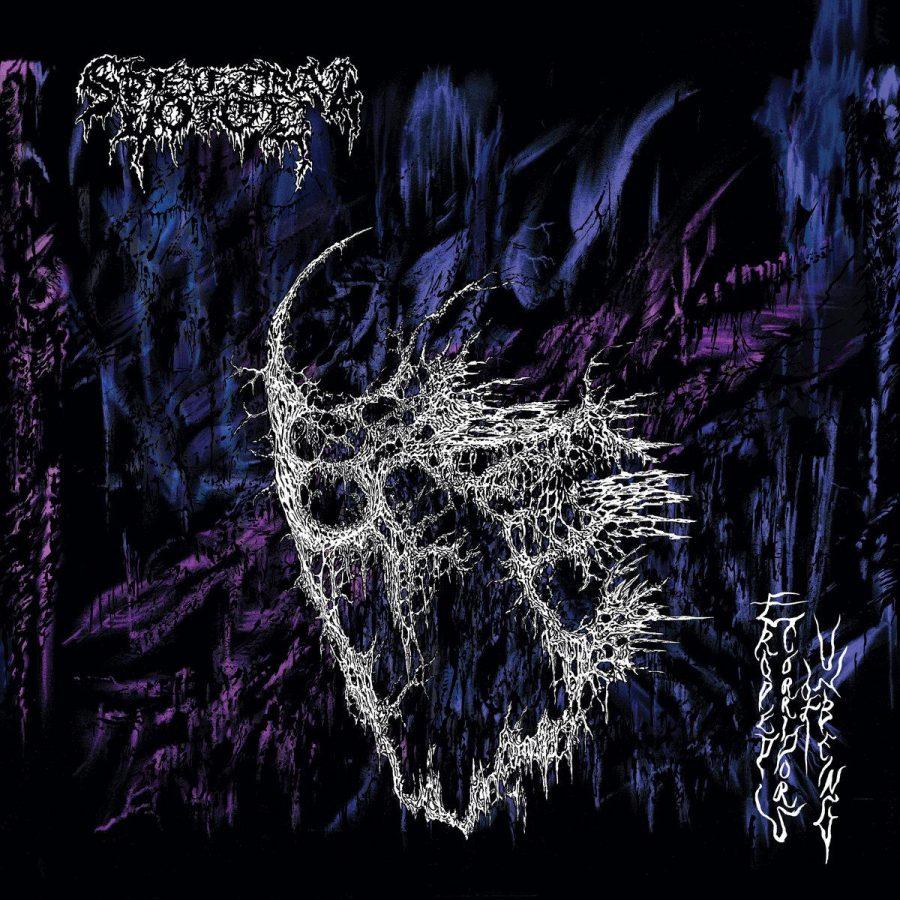 Full of Hell are a pastiche band. They combine so many disparate influences from all over the extreme music map and on Trumpeting Ecstasy it really gels. In one second they’re doing Napalm Death style grind and suddenly they’ll lurch into power electronics worthy of Merzbow himself the next. Ever heard a band ape Sarcofago and then surge straight into a Godflesh style riff? Full of Hell are that band. Incredibly extreme on every front, but if you listen closely their collage of influences shines through in a really enjoyable manner.

The Twenty-fourth album release by Japanese heavies Boris. This album returns them to the style of insanely heavy riffage and slabs of rock-candy noise that they were putting out in the late 90s. Incredibly warm sounding, the enormous guitar sound engulfs the listener in a wash of amplifier distortion. Boris’ collaborations with noise artists like Merzbow also seems to have influenced this album, with harsh electronics adding to the already hefty weight they possess within their two guitarist, one drummer attack.

A little bit of Second Wave style black metal from Slovakia that I absolutely loved. Krolok are one of those bands that play a recognizable style of music but include twists and ideas that are totally new, rather than simply retreading the steps of the greats. They sound like Emperor and Inquisition, yes, but they include technical riffs that neither of those bands would’ve played, as well as deft tempo changes and drum fills that lend an air of virtuosic musicianship to this album. One particular guitar solo on the song Count Von Krolock utilizes a flanger pedal that lends the song a texture certainly never used by any black metal group I’ve listened to before. Flying Above Ancient Ruins is in essence an original composition that nods towards its source material but is never in thrall to it. It was released on cassette as well, which I appreciate greatly as an avid cassette lover.

As Was poised Black Anvil to be one of the torch-bearers of modern black metal in my opinion. I look at Black Anvil in a similar way I do Behemoth. That sort of indefinable style that isn’t adherent to any particular school of black metal but is inherently classic sounding. Songwriting plays a key role for this group as well, with every song ebbing and flowing in ways that seem incredibly mature and well thought out. Especially impressive are the sections of these songs that feature clean vocals, they’re well sung and melodically interesting. Great songs performed well in a style that is fun and interesting. Also a fantastic live band.

Nate Garrett (Spirit Adrift’s songwriter and Gatecreeper guitarist) can write a song, man! Curse of Conception is a record packed to the gills with nods to the greats of metal. Priest, Metallica, and Sabbath feature prominently in the influence sphere of Spirit Adrift. But the twist Garrett and co. put on these masters’ work is to slow it down to a doom trudge and let the song breathe. Curse of Conception sounds so instantly classic I’m left wondering whether this truly is an 80s release time merely forgot. The riffs are so tight and so catchy, the leads are positively blistering, and the vocals are mesmerizing. I’m incredibly excited for what Spirit Adrift have in store for the future.

The passing of former Bell Witch drummer and clean vocalist Adrien Guerra looms large over Mirror Reaper. Its 83 minutes are fraught with the feeling of loss and the reverence that death demands. This record is funeral doom at its most crushing, both sonically and emotionally. The organ that features prominently on this album is a welcome progression for Bell Witch, lending that extra whirr of modulation that fills out their already surprisingly massive sound considering it was performed live in studio as a two-piece band. Erik Moggridge of Aerial Ruin adds his vocals intermittently, and does a fantastic job. The mirror concept this album employs is evident in the way it plays front to back. The beginning mirrors the end, and the fulcrum of the album is a climax no other piece of music can ever quite recreate. Forty minutes lead to a summit, and then forty minutes descend back down. Mirror Reaper is truly a journey, and an epic one at that.

My favorite death metal demo of 2017 (keep reading for my other favorite death metal demos from this year). Proof positive (for me at least) that old-school death metal is a perennially fertile genre. Ossuarium rarely do anything on this demo that hasn’t been done similarly by Morbid Angel, Autopsy, or the myriad clones of those two. Originality is traded for raw, unadulterated intensity on Calcified Trophies of Violence. The riffs start heavy and only get more so as the three songs here unfold. It’s death metal at its finest. Churning, lurching, violent, rotting, oozing, and depraved. Absolute love from Hell Spawn to Portland, Oregon’s finest sons, Ossuarium. Getting a well deserved cassette repress from Blood Harvest Records Sweden.

Formerly known as Cloak, Succumb is the debut album and first release under the new moniker of Succumb by this San Franciscan band. Death metal and grind seem to the be the prime muses for them, with a little black metal twinge thrown in for good measure. Succumb bring an incredibly volatile strain of metal to the table on this record. It really sounds like the instrumentalists are vying for control during the large part of this record’s run-time. The drums are absolutely relentless, and the guitar and bass constantly play dissonant lines that pummel and grind. But the vocals are the star of this album. Vocalist Cheri Musrasik shrieks and howls in a manner never attempted by a death metal vocalist before. These reverbed soaked yowls add a cavernous air to an otherwise suffocating listen. Drowning in an underwater cavern is a fair description of the way this album feels I’d say.

I won’t bore you with heaps of Power Trip lip service since you’ve probably already heard it. They are just that good. D.R.I., Cro-mags, Vio-lence, Slayer, Morbid Angel, they all converge here. Nightmare Logic instills that familiar feeling of impending doom and destruction that I think metal has been missing for a long time. Don’t sleep, Power Trip rule.

Sicker than sick death doom. Spectral Voice can riff with the Finns and slam with the Swedes, and they certainly do on Eroded Corridors of Unbeing. Sentenced riffs crash into Dismember leads and then drop into a classic Autopsy pummeling. And then it gets doomy. This band descend to the depths of whatever musical idea they mine. The doom sections are heavier than a stomach full of bricks and the death metal sections crush more than most modern death metal bands could ever dream. Not to be forgotten are the excellent atmospherics of this album, with noise decimation and clean guitar sections that lend a vibe of otherworldliness to this release. The production is stunning as well, recorded entirely to analog tape, Eroded Corridors of Unbeing sounds incredibly explosive and warm.

This drone/industrial/ambient/noise record gives me the same feeling that listening to crusty black metal does. It’s raw and a bit scary but always rewarding.

Some solid metallic hardcore. Just hang around for this band’s breakdowns dudes. You won’t regret it.

No Joy have been described as “doomy shoegaze” in the past. Tons of crazy effects and ideas on four fuzzed out tracks that are rather progressive and experimental. Tearing Apart the Dark is especially primed for the metal listener’s enjoyment, as it pogos from angular riffage to airy jangle with drums pummelling throughout.

Gothy new-wave in the vein of Sisters of Mercy, The Cure, and Depeche Mode. Type O Negative fans look here for an amazing record received by a vessel on Earth from extraterrestrials. Also Heaven’s Gate cult references abound.

This list wouldn’t be complete without mentioning my favorite song of the year, Sweltering Madness by Gatecreeper. So heavy. So, so heavy. Mastery of Power, the B-side of this single, is excellent as well. Great release from the Closed Casket Activities record label.

Like the North American bands aping this same black/death style, but less breakdowns.

So crusty. Death doom from the absolute depths. Low and slow all the way.

This one slams in such an old school way. Not enough current bands play this style of OSDM. It just rips and never tries to be too “obscure” sounding.

This one is pretty wild. Heavy synth use adds a layer of uneasiness to this album that sets it apart from other old-school death metal of this year. Mid-pace groove pummelling. Makes your skin crawl.