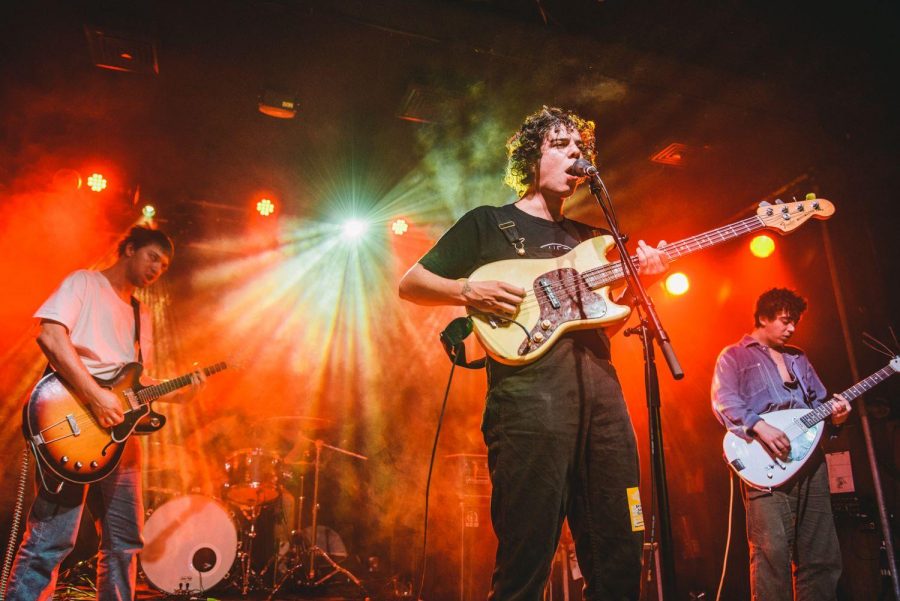 Twin Peaks, known for their constant touring and vintage, bluesy sing-along style, discovered a uniquely unorthodox way to release new music. The Chicago band decided to forgo the traditional album release and opt instead to release a single and b-side every month in 2017, aiming their focus their energy on towards playing shows rather than putting together a cohesive full-length project. So far, the “Sweet ’17 Singles” series has been a mosaic of novel production techniques, including 70s style songwriting and warm jazz piano, displaying the band’s progression from college bar rockstars to more nuanced and experienced musicians.

“Blue Coupe” features vivid, acoustic cascades under a watery cloak of bossa nova percussion. The piano melody trickles down over dueling guitars and latin shakers, until the drums kick in around the first minute mark. Jack Dolan (bassist) sounds wiser than his years on this highly personal track, dedicating it to friends he’s lost to drug addiction.
[su_quote]Every time I take a look at the skyline it makes me feel better/ Cause I just miss you down here where the other people try to move on.[/su_quote]
Each “Sweet ‘17 Single” marks a special time period for the band, giving every track a distinct flavor and touch of experimentation. Twin Peaks deserves credit for curtailing the usual dead-end trajectory of modern garage rock acts, and if they can string together a full project that maintains their gritty spirit without sacrificing cohesiveness, it may be lights out for the competition.

Twins Peaks will be performing at The Crofoot in Pontiac, Michigan on Jan. 13, 2018 as a part of Fusion Show’s 10th birthday party. You can check out a full list of the band’s tour dates here.