No. 12 Michigan State on to Sweet 16 after convincing 3-0 win over Virginia Tech 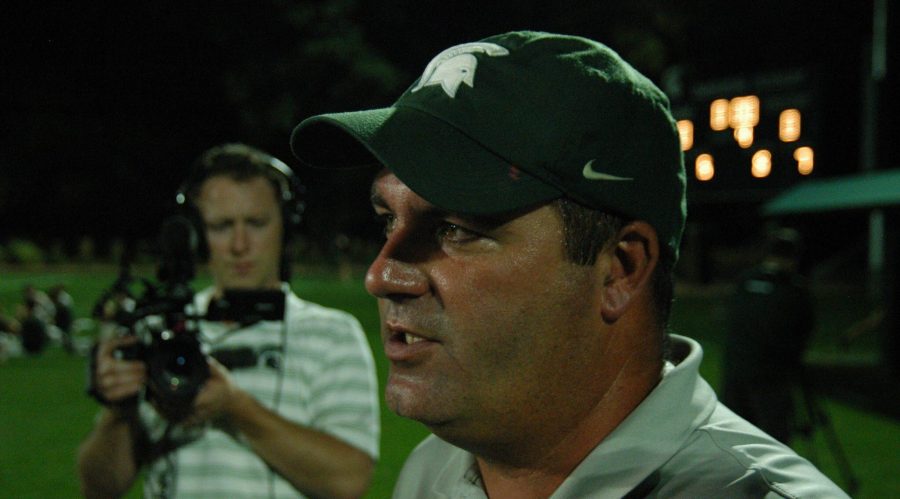 It was a cold day with light snowfall and temperatures hovering just over 30 degrees, but that did not slow down Michigan State, who got off to a quick start. All three of Michigan State’s goals came in the first half.

Playing in poor weather is nothing new to Michigan State. On Oct. 14, Michigan State played Penn State in a torrential downpour and won 1-0.

“We’ve played in conditions from a swimming pool to a snowfall, but I think that is a testament to our players being able to adapt, play and win in any conditions,” Michigan State coach David Rensing said. “I give a lot of credit to this team and the leaders on this team to prepare these guys for these types of games.”

The first goal came in the fourth minute from a sweet passing move down right-hand-side of the field that involved Dejuan Jones and Ken Krolicki. It was Jones who drove in a low cross towards the near post and was met by Ryan Sierakowski who cleverly back-heeled the ball past Virginia Tech goalkeeper Ben Lundgaard.

“We were just hungry after Ohio State and the Big 10 tournament,” Sierakowski said. “We were hungry to get out there after being off for two weeks. So we were training for two weeks and we knew that if we got them on their heels early we could get the job done.”

Jones scored the second goal of the game, and his seventh of the season in the 18th minute after dribbling past three Virginia Tech defenders and driving the ball low and hard past the goalkeeper. But the best goal of the match came from defender Michal Pimlott in the 38th minute.

Pimlott, who stepped forward from his defensive position, drove the ball into midfield and let loose a rocket from 30 yards out into the upper corner.

“It was weird,” Pimlott said describing his goal. “I wanted to go right but I took a few bad touches and had to go left. After that I just shot it. I did score a while ago, but that was away, and scoring a goal like that at home is a lot better.”

After the third goal, the first half got worse for Virginia Tech who were reduced to 10-men. Midfielder Brendan Moyers was sent off in the 40th minute from two yellow cards in quick succession.

Up three goals and with a man-advantage, Michigan State walked through the second half.

“The second half was a little tricky when you’re up a man and three goals,” Rensing said. “All-in-all it was probably a little boring for the fans, but we will take boring and a three to nothing win and on to the sweet sixteen.”

Michigan State will play Western Michigan in the next round of the tournament. The game will be played at DeMartin Stadium in East Lansing on Nov. 25 at 6 p.m.

“We’ve seen each other for the last 20 years, so we know each other and they know us,” Rensing said. “They are well coached and it will be a typical battle between two teams that know each other really well. I think this will be a great showcase for soccer in the state of Michigan.”