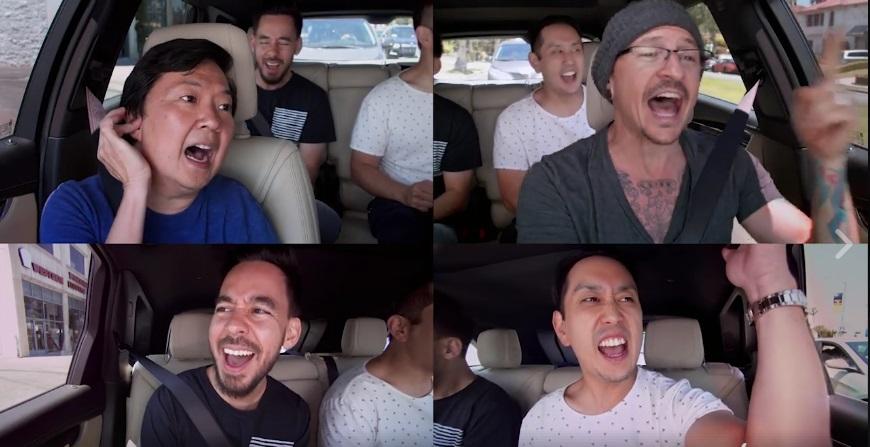 A week before the passing of Linkin Park’s lead singer, Chester Bennington, a special episode of Carpool Karaoke was recorded. With the eventual blessing of his bandmates and his family, the full episode was shared on Linkin Park’s Facebook page on Oct. 12, dedicated to the memory of Chester.

Special guest and comedian, Ken Jeong, sits passenger as Chester and the band cruise around the streets of California, belting out songs by popular artists as well as Linkin Park themselves. In between tracks, Jeong switches from asking Chester genuine questions about Linkin Park’s signature sounds to half-jokingly berating Mike Shinoda, the band’s co-founder, who struggles to keep a straight face in the back seat. At one point, Jeong even forces Chester to pull over so he can audition for official Linkin Park backup dancer, which the rest of the band decides to join in on the party soon after.

What’s more impressive than Jeong’s ballet display, however, is Chester’s incredible voice, even when he’s mocking himself or throwing his voice around like a play toy. When he teaches Jeong how to scring (scream-sing) or when they blast Red Hot Chili Peppers, Chester’s talent shines through the silly premise of the web series.

Halfway through the episode, the crew steps out of their SUV and onto a fully loaded party bus. Lynyrd Skynyrd reverberates off the truck walls as Jeong puts on a party hat and sticks a kazoo in Mike Shinoda’s mouth. Jeong then steps off the bus only to drag an old woman aboard, fleshing out the quintet of mid-day carpool celebratory song covers. The party bus concert is closed out as Linkin Park and Ken Jeong belt out Aerosmith’s “I Don’t Want To Miss A Thing,” which genuinely strikes a chord given the context. It’s hard to not get a little misty-eyed as the entirety of “Numb” plays at the episode’s close, the band picking on each other and smiling wide. There’s not a better way to remember a man so talented and kind.

Check out the full episode of Linkin Park’s Carpool Karaoke below.