Chance The Rapper partners with Lyft to continue aiding CPS 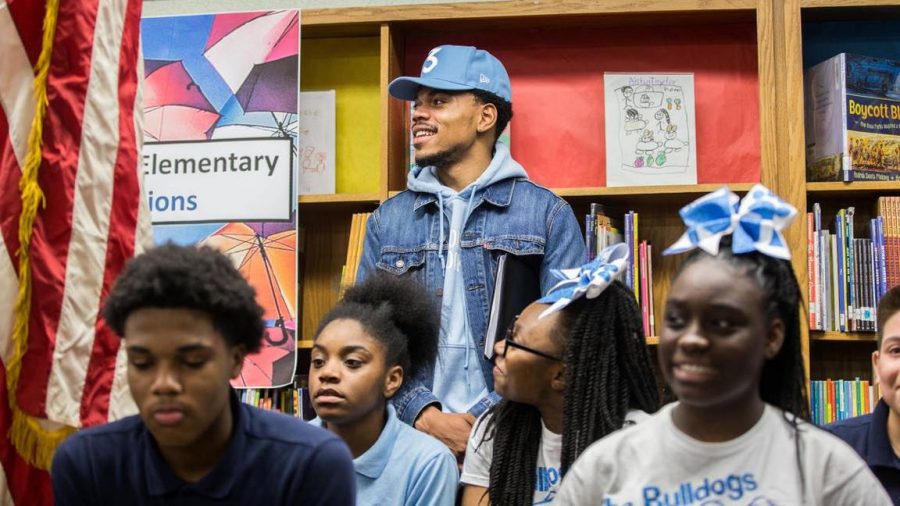 After promising to donate $1 million to  Chicago Public Schools earlier in the year, Chance The Rapper is hardly close to calling it quits with his helping hand. Already giving a whopping $2.2 million to help the arts and enrichment programs in Chicago’s schools, he has now partnered with Lyft to raise even more. If Lyft riders so choose, they can decide to round up their fare to the next dollar and donate theat extra change to the New Chance: Arts & Literature Fund. The cool part about this is it’s the first local organization Lyft has chosen to work with.

@lyft is for the kids! Use Round Up & Donate, to contribute to @SocialWorks_Chi New Chance Arts & Literature Fund. The more we ride, the more we raise for Chicago Public Schools in need. http://www.lyft.com/round-up/causes #supportCPS

Chance’s efforts render so personally and genuinely due to his roots in CPS himself. When Governor Rauner called for cuts in CPS programs, Chance could not stand idly by. Instead, as he always does, Chance spoke out against the social and economic inequality in Chicago, promising to raise up children who are trying to learn in underfunded schools by giving them the tools they need to succeed. In addition to his direct monetary support to the schools, Chance also serves as an inspiration to these kids by starting where they are now and growing to where he is today.

On top of this, Chance recognizes how important it is for the children to know that someone cares about them as much as he does. Over the past year, he has been keenly attending to the the issue by having one-on-one meetings with the governor and continually calling others to action, which seems to have worked, with Lyft stepping forward to help the cause. With any luck, other companies will soon be influenced by Chance’s charisma and follow suit.

[su_quote cite=”Chance The Rapper” url=”http://www.npr.org/sections/therecord/2017/03/06/518864904/chance-the-rapper-puts-up-1-million-to-support-chicago-public-schools”]This check that I donated is a call to action, I’m challenging major companies in Chicago and all across the U.S. to take action[/su_quote]

In America’s current social and political context, Chance is the type of leader we need in the music business. When he sees something wrong he uses his power and resources as an artist to fix it firsthand. The guy talks the talk and walks the walk. This kind of persistence is especially valuable right now, particularly regarding the arts. Now is the time to be expressing and sharing with each other. For many communities, arts are not only the heart but also the backbone.

Chance’s strong involvement in his own community, has also led him to having a role in  planning and performing at The Obama Foundation Summit on Oct. 31 and Nov. 1 — a highly-deserved recognition. This further proves the dynamism Chance embodies, and showcases just how much of an impact his leadership will be making during both his musical and philanthropic career.