Half Man Half Shark | King Krule 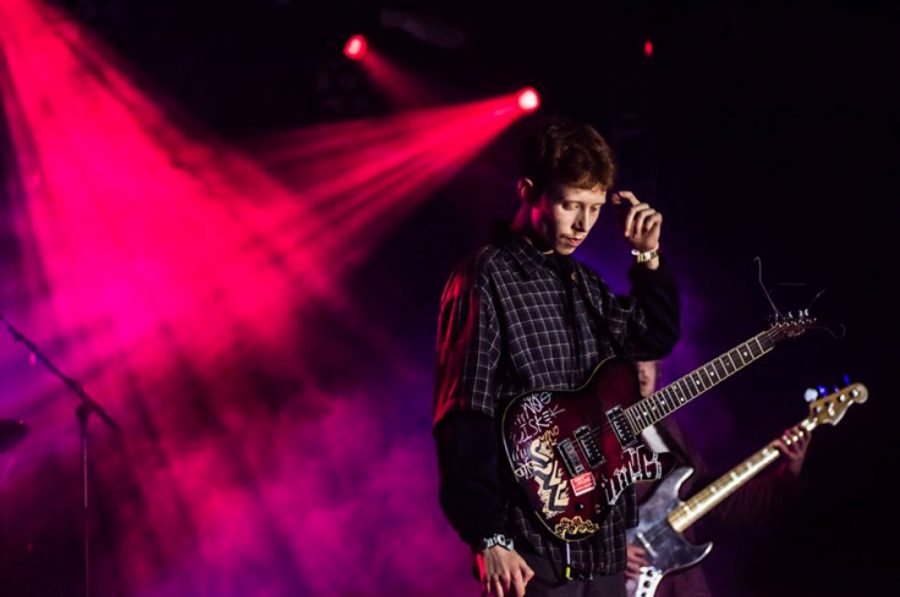 Since the release of his full-length debut, 6 Feet Beneath The Moon, in 2013, Archy Marshall (King Krule) has been keeping to himself, only releasing an album under his birth name while remaining secretive when it came to his main project as King Krule. 6 Feet Beneath The Moon paired longing jazz guitars with an emotive, cavernous voice that separated Marshall from the pack at the ripe age of 19 years old. His energy resembled a vast explosion, but his drums have always been subdued and cursory to the main jangly melodies he howls over. After releasing a batch of singles, King Krule plans to release his new album, The OOZ, on October 13th via True Panther Sounds/XL.

“Half Man Half Shark,” the latest of these singles, takes Marshall’s malnourished goth persona one step further than “Dum Surfer.” The bass line cranks throughout the song with a sinister catatonic groove, while the reverb-less guitar line dances on top of it. Marshall’s progress into darker depths provides a new direction for his voice to travel. He essentially sounds like a villain growling over mechanical drumbeats and jumpy strings. The last third of the track brings home what we know and love about King Krule — drumless rhythms and unresolved chords dancing around Marshall’s voice, which he brings to an uncharacteristically high level. Between “Half Man Half Shark” and his other single, “Czech One,” Marshall has visibly grown as a songwriter. He is completely carving out his own lane of R&B tinged garage-jazz, capped off by a voice that could never be imitated or taught. The OOZ could be a defining album for the genre if Marshall steps up the plate and releases what we know he’s fully capable of.