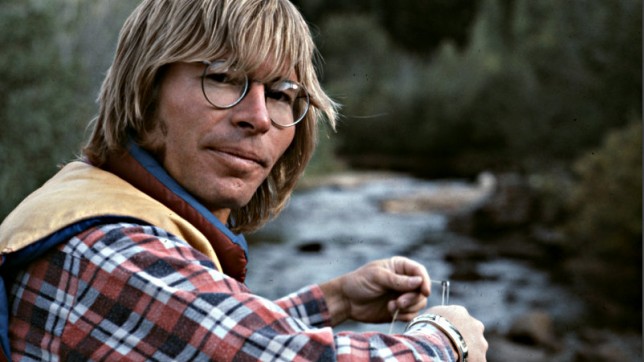 In an aching for the Rocky Mountain State, John Denver sings the soft melody “I Guess He’d Rather Be In Colorado” which was released in April of 1971. The song was featured in Poems, Prayers, and Promises, but would not be the most popular hit to come out his fourth album. His arguably most famous song which he co-wrote with Bill Danoff, “Take Me Home, Country Roads” was also released. This would later become the anthem for West Virginia, while “I Guess He’d Rather Be In Colorado” would stay an underrated, nostalgic tune.

It’s easy to get lost in the delicate, acoustic chords matched with Denver’s simple three stanzas as he tells the love story between a young man and Colorado. The relationship John Denver has with Colorado is wistfully displayed as well. In fact, Denver is not his real last name but rather Deutschendorf. John Denver took to the surname after the capital of his favorite state. Denver was a part of groups like The Alpine Trio though, so why would change not fit his folk identity perfectly?

Denver’s folk influences are especially accentuated in “I Guess He’d Rather Be Iin Colorado,” as well as his slight lean towards western and country genres. His famous intro and riff, after the chorus verse, deliver a certain twang that complement the simplistic arrangement. Denver accompanies only with his guitar, allowing his lyrics and vocals take the point of focus. The dynamic flow also allows the listener to experience a floating sensation in the two-minute ode.

“I Guess He’d Rather Be In Colorado” truly is a trip into the mountain side, “where the sky looks like a pearl after the rain.”