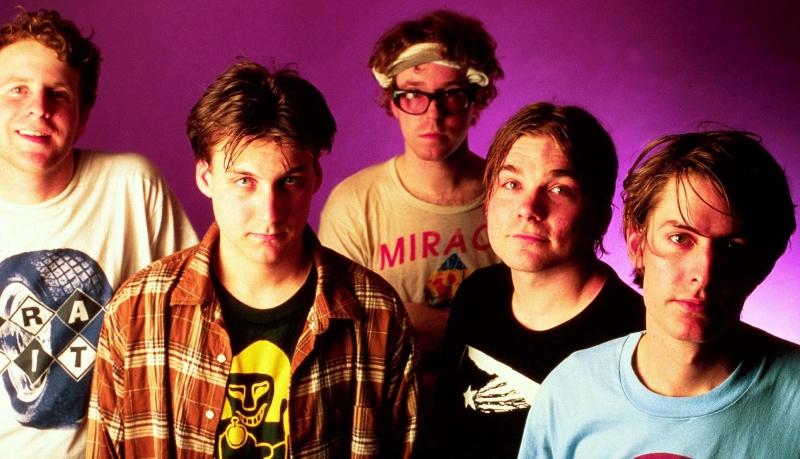 Stephen Malkmus and his ’90s indie rock group, Pavement, always had unrivaled talent in their his ability to craft songs that felt short but important. Maybe craft isn’t the right word, it’s not like the West Coast band slaved away to create the most painstakingly perfect chord progressions or peerless songwriting. It was more like the perfect crapshoot from a garage band with 2 guitars, a bass, drums, and a vocalist that couldn’t take many things seriously. Pavement’s debut record in 1992, Slanted and Enchanted, set the gold standard for more indie bands today than you might think. The “slacker” ethos that modern artists like Mac DeMarco, Kurt Vile, and Ty Segall lean so heavily on is a pretty vintage concept when you look at bands like Pavement, Dinosaur Jr, and Sonic Youth.

“Gold Soundz” takes everything great about Pavement — the surreal, free flowing lyrics, strained vocal delivery, glittery guitar melodies, and underlying melancholy — and stands in as a two and a half minute thesis of the band’s indie legacy. The song also helped spawn the early 2000s indie rock revival led by the Strokes, creating a new wave of art and noise rock, and it’s the reason thousands of kids asked their parents for a guitar that Christmas. Never before have indie fans around the world been so caught off guard by a goofy lyric like “and it comes to the chorus now,” merely seconds before the song’s chorus hits. It’s the kind of effortless charm Pavement carried that made their work seem more than the sum of its parts, because there’s no logical reason that a couple guitar chords and a bad singer talking about nothing should sound so timeless, but it does.