We Watch It for the Music | Samurai Champloo 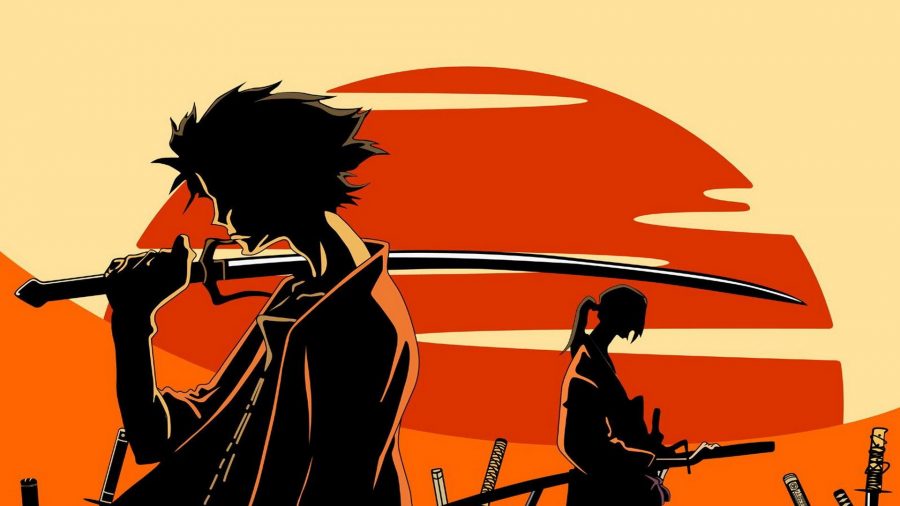 The exchange and overlap between hip-hop music and japanese culture remains a long standing crossover between the two genres. We’ve seen it for generations, from Wu Tang Clan’s samurai movie samples to the Boondocks, an anime show about the African-American experience. And it continues to stay prominent today, as lo-fi producers use anime clips as a visual for their aesthetically driven music. Although there are a lot of copycats, tributes and compilations out there, we believe Samurai Champloo stands as one of the most refreshing and original mashups between great instrumental hip-hop and striking visual depth, not to mention all the adrenaline-fueled sword fighting scenes.
Nujabes – Battlecry

The 2004 anime’s intro track by the legendary producer Nujabes serves as the backbone of the show. Featuring Shing02 spitting over the watery and subdued instrumental, it’s one of the few tracks from the show that isn’t entirely instrumental. “Battlecry” is so subtly ingenious. The percussion is clanky and foreign, but when the main synth, which lies on top of the beat like a tapestry, kicks in and Shing02 throws down his weird, enticing flow, the track’s beauty fully shines through. No one else could have made this beat but Nujabes. The flowy nature of it is so organic and calming; it’s one of those intros tracks you can’t help but listen to fully every time you watch an episode.
Nujabes – Counting Stars

Let me make something clear before it becomes too obvious itself, Nujabes created the bulk of the Samurai Champloo original soundtrack. He was a trailblazing hip-hop producer who passed away tragically in 2010, and he’s arguably on the same level of J Dilla or Madlib in terms of natural talent. “Counting Stars” is commonly used in the show during a sword duel or showdown. It accentuates the animation in a way that makes the battles feel noble and important rather than two dudes swinging knives at each other. The show has a good sense of humor, but when you hear this song you know it’s about time for someone to win and someone to lose. The guitar riffs seem sampled from a spanish track but they’re flipped into the Japanese script of the show so effortlessly, just about anyone could be fooled.
Nujabes – Aruarian Dance

“Aruarian Dance” arguably showcases Nujabes best contribution to the show’s soundtrack. Big orchestration peaks through the simple guitar line from time to time while a straightforward drum beat holds down the groove. Considered one of the more nostalgic tracks off the original soundtrack, “Aruarian Dance” never fails to bring back soothing memories of warm, lazy days laying under star-filled skies. This song also spawned thousands of producers – for better or for worse – to try a different route in hip-hop and start producing lo-fi tracks with samples galore.
Nujabes – Who’s Theme
“Who’s Theme” is one of a couple outro tracks that play while the credits roll. The song features MINMI’s elegant voice, making it a perfect cap to 21 minutes of swordplay and scheming. There’s also a sampled ‘woo’ that runs through the tracks entirety which we enjoy. Even though the lead vocals are Japanese, the emotion conveyed isn’t lost in translation, and the aloof, “oh well,” ethos is conveyed strongly throughout the track. Melancholy seems to be a heavy theme that both the creators of the show and Nujabes heavily rely on to mimic such a distant, admirable atmosphere.
Nujabes – Shiki No Uta

“Shiki No Uta” is another outro track featuring MINMI. The song feels surprisingly dancey and fun. It has a  faster  tempo than the average Nujabes track, yet the guitar part still lay under the surface to remind you it’s a force to be reckoned with. MINMI’s vocals shine through the track, this time with a little more power under her breath as if there is something to prove within the song’s ancient synth work and breakbeat drumming. Youtube commenter SlyEphex described it as “…the elevator music you listen to on your way to heaven.” And we surely hope he’s right. It’s hard to find a better description for Nujabes subdued yet immaculate works of art.

We watch Samurai Champloo for it’s tasteful art direction, aloof atmosphere, and beautiful music which is unmatched in any other show or movie. Nujabes takes the show to an entirely new level, and it’s hard to imagine Champloo being so highly renowned without his musical genius backing up the visual component. Whether you take this and start listening to Nujabes with your morning coffee every once in a while, or completely nosedive into the world of instrumental hip-hop is completely up to you. Just know that sooner or later it’ll be all you can think about.