Barnes: LCA reimbursement represents everything wrong with the world 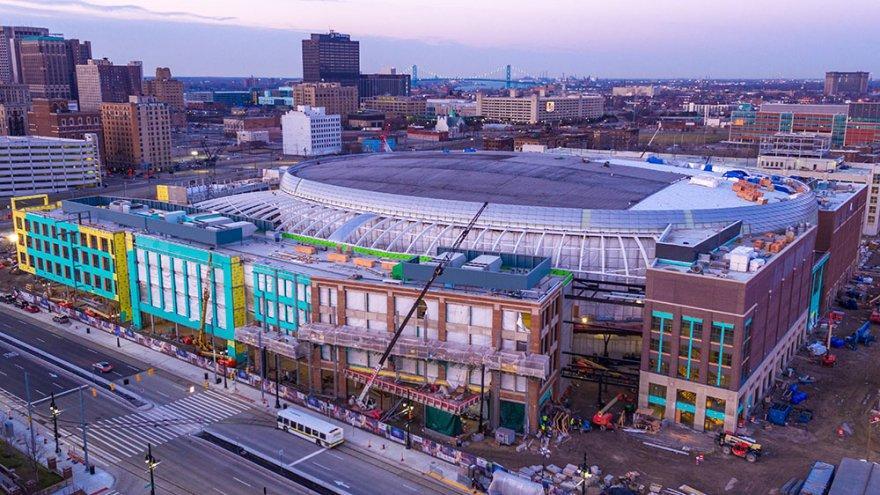 Sports don’t matter. Let’s lay that out there to begin with. If the Lions win a Superbowl or Michigan State football gets back into New Year’s Six contention, your life will not be altered in anyway.

I took Econ 101, I understand the emotional effects of a sports team on a city’s quality of life. And it is a wonderful thing that they’re bringing another major sports arena to a Detroit area, that in my opinion, is really beginning to thrive.

But regardless of what you think of my stance on the impact of sports, it should disgust you that billionaires Tom Gores and the Ilitch family want reimbursement for the move of the Detroit Pistons to the new Little Caesars Arena.

The answer, of course, is it should be on the ballot.

For one, it goes against a 2012 ruling that states that property revenues should only be used for Detroit Public Schools and not economic development. Secondly, billionaires are behind this project. They are more than capable of funding this project on their own. On top of that, zero dollars should come from the public for an arena that the city will see zero profit from. Jack Lessenberry of Michigan Radio writes “the city will get no money at all from it, not even a penny from parking or concession revenue… Allan Sanderson, an economics professor at the University of Chicago, says a city would be better off dropping cash from a helicopter than investing it in a new stadium.”

So why are costs put on the public? Greed.

And if those behind the project truly believe they are doing the right thing, they should have no problem allowing it to go on the ballot.

“If this is such a great project, the vote should go overwhelmingly in their favor, but for whatever reason, they’re trying to prevent the citizens from voting on this issue,” Davis told Michigan Radio.

But this is the world we live in. Where the super rich continuously want rollbacks on regulation in order to make more money, and our politicians are working to create a healthcare bill that takes away coverage from the poor and cuts taxes for the wealthy. Do you need more money? Does a seventh car give more value to your life? Does having a lakefront palace give you entitlement?

But fans feed into it. Because to many it is much more intriguing to follow the Detroit Tigers at the trade deadline than it is to see that Waverly school teachers in Lansing went through an extended period where they didn’t have health insurance because the district did not pay into their health savings funds.

The owners who are bringing their teams into the hub of Detroit feel as if they are heroes for bringing this new energy into a city that was once dying. But the key to revitalizing a city is giving as much as you can to its public education.

Do you see where I’m going with this? We put these billionaires on a pedestal because our focus on society is much more on sports than it is on political issues. A step to extinguishing that culture is to make sure this issue gets on the ballot and that the billionaires do not receive that $34.5 million.

Another example, slightly unrelated. Former Piston Kentavious Caldwell-Pope turned down an $80 million contract from the stones under the assumption he’s worth more. Greed. And for the record, KCP has only been a slightly above average player. That type of money really isn’t good enough for you? And there has been no evidence to show that the money he receives would go towards something that could help society.

Why is Lebron James, who I’ve applauded in the past for his actions with Akron schools, saying Stephen Curry is worth $400 million, not $201 million? He’s not even worth the latter. Let’s come back to the real world where a third of teachers are leaving the profession within five years because they feel undervalued. But for some odd reason we live in this fantasy world where throwing a ball in a net makes you worth gross amounts of money (and yes I’m aware this culture has been around for a long time).

Back to the Waverly example, anti-teacher laws in Michigan have torched them and there are teachers in that district with seven years of experience making the same as a second year teacher. And we wonder why they leave. Meanwhile, KCP isn’t satisfied with the contract he was offered and Detroit billionaires want the public to pay for their latest business venture. Taking money from schools no less.

I’m not saying to stop loving sports. They are apart of many people’s identity and they allow us to bond with those that we may never think to. They also offer rich stories and history that add excitement to our lives. But it should never come at the expense of public education or anything that actually can alter someone’s life.