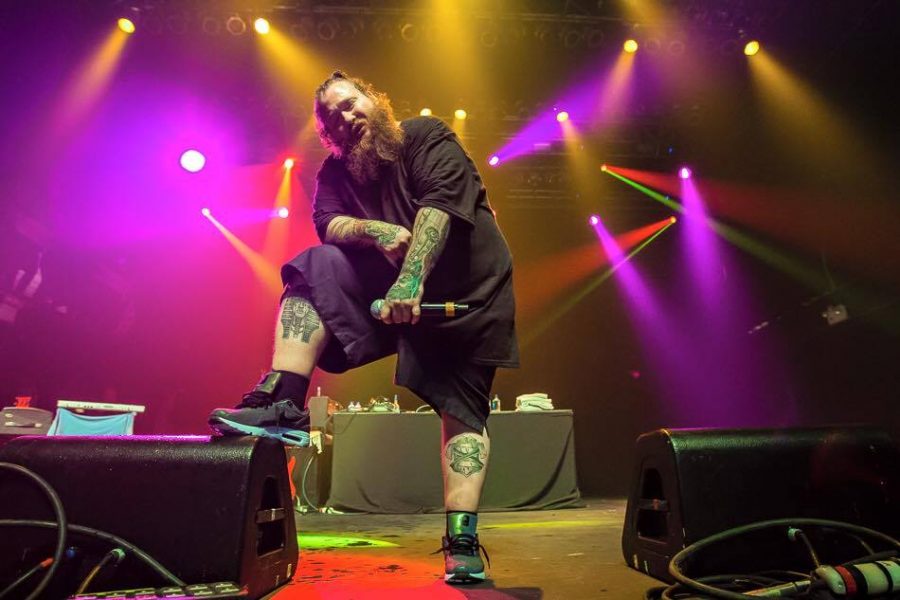 Hip-hop hasn’t been graced with new music from Action Bronson, the inherently comedic, culinary-loving rapper from Queens, New York, since the release of his second studio album, Mr. Wonderful, in 2015, but with the release of a new track titled “Let Me Breathe” it seems like Bronson is finally gearing up to release Blue Chip 7000, the highly-anticipated final project in his three-part “Blue Chip” trilogy. Bronson’s new release couldn’t come soon enough for fans or the rapper himself, who took to Twitter last month to express his frustration with major record labels (presumably his own, VICE/Altlantic Records) who were holding up the release process.

Despite his musical absence, Mr. Wonderful’s ability to craft intelligent music with a flare of comedic self-deprecation hasn’t been lost, as he shows us in “Let Me Breathe.” Bronson raps “If I could just make a dance that goes with this song/ Then I’ma be on/ Basic bitches gon’ dance to it (everywhere)/ Basic bitches everywhere gon’ dance to it (everywhere)” over an eclectic, Xylophone melody. The track also infuses the rapper’s love for extraterrestrial life by including intergalactic sounds that could have easily been taken out of Galaga.

If “Let Me Breathe” is any indication for the overall direction of Blue Chip 7000, it’s apparent Bronson has every intention to use his upcoming project to tell us how he feels about the current musical landscape while still keeping an edge of humor in his rhymes, and we’re definitely excited to hear what he has to say.

While an official release date for Blue Chip 7000 hasn’t been announced yet, Bronson hopes to release the finished project in July/August. Until then, put “Let Me Breathe” on repeat and enjoy.