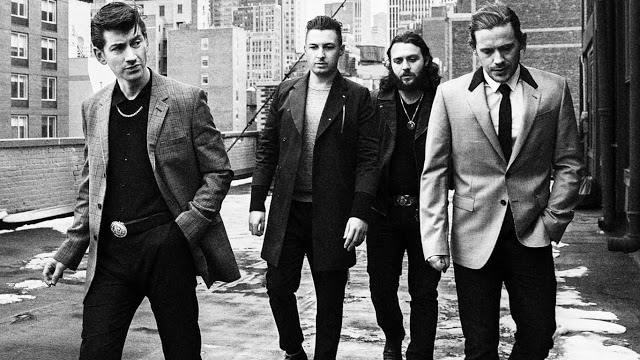 Sheffield’s own British sensation, Arctic Monkeys, delivered the feeling of post-punk revival on their debut album, Whatever People Say I Am, That’s What I’m Not, back in 2006. Fueled by the gritty voice of lead singer, Alex Turner, the band took the world by storm and still have a tight grasp on it. While picking out the strongest track on the record is nearly a strenuous pursuit, I’m guilty to admit that “A Certain Romance” sticks out more than the others.

Though some of its lyrics are—slightly— intelligible, it still begs to be sung at the top of your lungs, regardless of how wrong your interpretation of the lyrics are. Being a track from such a critical album, one that essentially launched the group into the alt-rock music scene, it holds true roots to the rock our parents listened to when they were college-aged, except with a twist. The electric guitar creates beach-bummer riffs that differentiate it from past rock, but it isn’t pretentious in any way. While sounding grungier in the beginning after being rubbed a certain way by a mad percussion solo, it halts and eventually glides once Turner’s voice hits the song. This jaded smoothness that Arctic Monkeys hone was first clearly seen in this song, and it’s been their trademark to this day.